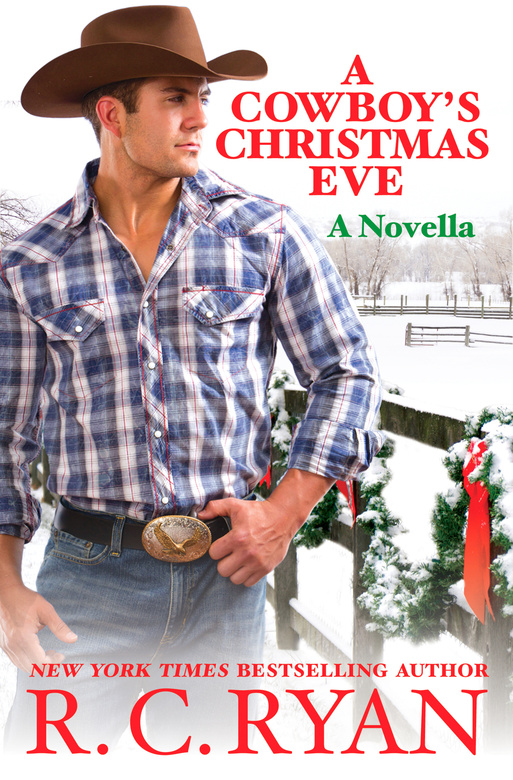 Silent Night, Snowy Night . . . Colin Malloy enjoys spending Christmas with his family at the Malloy ranch. But this holiday, what he really wants to do is to get closer to the alluring Dr. Anita Cross. So when a blizzard conspires to keep her from joining the Malloy family's festivities, neither snow, sleet, nor spun-out cars will prevent Colin from reaching her side. As the new doctor in town, Anita is wholeheartedly devoted to her patients. So when a little boy needs her on this snowy night, she doesn't hesitate to care for him and send him home in time to spend Christmas with his family. An evening with a certain sexy cowboy will have to wait-or so she thinks. When a breathless Colin Malloy shows up at her clinic, Anita finds her cold, lonely night quickly heating up. And no crisis or well-meaning relative will stop them from making this a Christmas to remember . . .

Colin Malloy urged his big bay gelding through snowdrifts that were belly high in places along the trail. When the latest snowstorm had begun in earnest in the hills, he’d had half a mind to remain snug and warm in his mountain cabin retreat until it blew itself out. But he couldn’t miss Christmas Eve supper at the ranch.

Colin peered through the curtain of snow toward the distant lights of the Malloy Ranch. He wasn’t really bothered by the snowy trail or the bite in the wind. Having grown up on these thousand-plus acres here in Montana, he was as comfortable in a blizzard as he was sleeping under the stars on a warm summer night. Though he often enjoyed a quiet night up at the cabin, with a steak over the fire and a cold longneck, the thought of his family’s special Christmas Eve guest had him thinking instead about a bottle of champagne and some roast goose. But only if it came with a certain pretty dark-haired woman who’d been sneaking into his thoughts lately.

Dr. Anita Cross, the beautiful new doctor who had come to Montana to join her uncle at the town’s medical clinic. The only time they’d ever spoken was when his nephew, Matt, had been seriously injured and required a doctor’s care. Anita had impressed him with not only her skill as a physician, but also with her radiant personality. Just the thought of her filled him with a sort of quiet joy. She had a smile that could light up the darkest night and a sweet nature that made him want to treat her with the greatest of care—that is, when he wasn’t thinking about taking her into his arms and tasting those perfect lips and ravishing her until they were both sated.

He hadn’t felt like this about a woman since Shelby Ross, whose father owned a ranch in Rock Creek. They’d been barely out of their teens, but it had felt a lot like love. Maybe that was because his older brother had married the great love of his life, Bernadette, when the two were just seventeen and Colin had assumed that was how life was and would always be. Watching Patrick and Bernie had made Colin believe in true love and happily-ever-after. But those beliefs were shattered when the two had been killed in a brutal accident on a snowy road one cold December night. It wasn’t long after that that Colin learned Shelby had run off with one of her father’s wranglers.

So much for true love and happy endings.

Now, all these years later, he was beginning to believe in such things all over again.

Not that a doctor from a big city would ever give him a second look, and if she did, he stood no chance of being alone with her. With his big, noisy family, they probably wouldn’t get a single word in edgewise tonight.

“Come on, Buddy.” He leaned over to run a big, work-roughened hand over his horse’s snow-matted mane. “Time to get home and make sure Ma has a Merry Christmas. If I’m lucky, I can sit in the corner and stare to my heart’s content at the prettiest girl in the whole world, even though she doesn’t know I’m alive.”

“Hey, Yancy.” Reed Malloy shook snow from his hair as he looked around the kitchen of his family’s ranch house, where the table was set with festive holiday plates, and the countertops were covered with serving dishes of every size and shape.

Yancy Martin, the short, boyish-looking cook for the Malloy family for over thirty years, looked up to grin at the youngest of the Malloy men. “Hey, Reed.” He returned his attention to putting the finishing touches on an elegant holiday torte, making swirls of dark chocolate in the creamy white frosting.

“Something smells amazing.” Luke Malloy, Reed’s older brother, trailed behind, his arm around the waist of his bride, Ingrid. “Looks like you’re going all out on the menu for Christmas Eve supper.”

Yancy’s head came up. “Miss Grace told me she wanted it to be extra special, because of our guests.”

“Guests?” Matt Malloy, oldest of the three brothers, walked into the kitchen hand in hand with his wife, Vanessa, and tried to dip a finger in the frosting. It was quickly slapped away by Yancy’s wooden spoon. “Are we having more than family here tonight?”

Luke shared a look with his brother. “All this fuss for two extra people?”

“One of them is extra special, according to Miss Grace.”

At their puzzled looks, Yancy shook his head, sharing a knowing smile with Vanessa and Ingrid. “Where’ve you three been? Don’t you know your grandmother has had her eye on Anita Cross as a potential wife for your uncle Colin ever since that pretty young doctor came to town?”

The two women were nodding in agreement.

“Wife?” Reed started laughing. “Seems to me Gram Gracie’s had every pretty girl in the town of Glacier Ridge paired with Colin since we were teenagers. None of them worked out. What makes her think this will be any different?”

It was the boys’ great-grandfather, Nelson LaRou, called “Great One” by all of them, seated in his favorite chair across the room, who answered. “If I had to hazard a guess, I’d say it’s the two family weddings this past year. First Matt to his Nessa and then”—he turned to fix Luke with a pointed stare—“Luke and Ingrid.” He paused to sip the martini Yancy had learned to fix to his exact specifications and gave a nod of approval. “Now Grace Anne hopes all that romance rubs off on your uncle Colin. I swear, my daughter’s bound and determined to get that poor man married off before, as she says, it’s too late.”

Reed reached for a gingerbread cookie cooling on a wire rack, until Yancy stopped him with a hairy eyeball. “Too late for what?”

“Too late for him to give me more grandchildren.” Grace Malloy breezed into the kitchen, wearing her usual ankle-skimming denim skirt and a sky-bl. . .