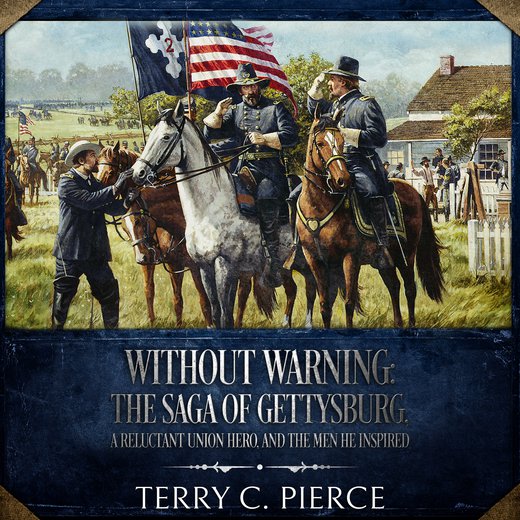 The winds of war grow dark around General George Meade, appointed to command the Army of the Potomac just three days before a brewing battle against Robert E. Lee, charismatic leader of the Confederate forces. No one—not even the outgoing commander—seems to know where Lee’s army is, except that they are somewhere on Northern soil, possibly pushing toward a decisive battle deep in the heart of the Union.

Bound by duty to take a position he did not seek and does not want, Meade reluctantly accepts Lincoln’s appointment, and overnight, the fate of nearly 100,000 Union soldiers is in his hands.

Meade is a planner—a quiet, capable engineer whose commitment to modesty and restraint is second only to his commitment to honor, duty, and country. While the winds of war swirl around him, he struggles to concoct a battle plan without even the most basic information, in order to defeat an enemy he cannot find, on ground he has not yet seen. Thwarted by insufficient military intelligence, and betrayed by the machinations of an unscrupulous general with dreams of glory, Meade knows it will take all his skill and the heroism of his troops to best the formidable and hitherto undefeated Lee. The fate of the Republic itself hangs in the balance.

Without Warning is the gripping saga of the Battle of Gettysburg, the Union patriots who fought it, and the man who led them. It scrutinizes the role character plays in leadership and the challenge of the unexpected. Built firmly upon the annals of history, this epic historical novel brings to vivid life seven unforgettable days in the lives and trials of a Union general and his men as they brave the winds of war to save the United States of America.