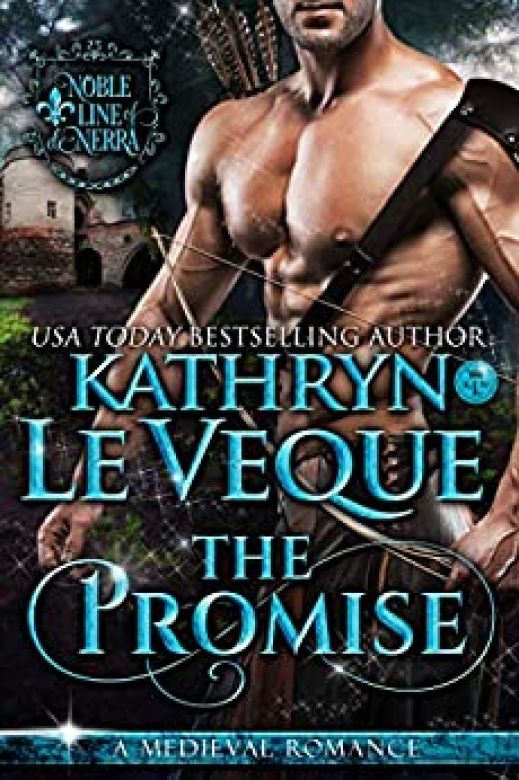 Book 4: Noble Line of de Nerra
Kathryn Le Veque Founding author
Follow
It is suspected that he is behind a renewed resurgence of rebellion against the king and William Marshal.
Genres: MedievalInternational Crime & Mystery
Buy now
Available in:

1208 A.D. - Sir Cullen de Nerra is a knight's knight. The son of the Sheriff of Hampshire, Val de Nerra (Vestiges of Valor), Cullen has been heavily involved in the politics of William Marshal for many years, but never more involved than when The Marshal gifts his services to a powerful, but unpredictable, warlord, Preston de Lacy.De Lacy is a rich man with too much time on his hands and a great hatred for King John. Cullen’s task is to keep watch on de Lacy and pass information to William Marshal on his movements and actions. It is suspected that he is behind a renewed resurgence of rebellion against the king and William Marshal must stay one step ahead of him.Cullen is very good at keeping an eye on de Lacy until a new distraction enters the picture – Lady Teodora “Teddy” de Rivington. Teddy had been betrothed to Preston’s nephew until the lad got himself killed. Now, as a matter of gaining the de Rivington fortune, Preston assumes the betrothal and marries Teddy. With Teddy’s father greatly loyal to King John, Preston is only concerned with using his new wife against her father, but Teddy’s father is pleased for the same reason – using his daughter to gain information on the king’s enemies.The situation is complicated enough when a new facet arises – Cullen’s growing feelings for Teddy. The woman is caught in a deadly game of politics and Preston refuses to have anything to do with his wife, leaving Cullen as her only source of comfort. What starts off as a polite acquaintance quickly grows into something far more passionate.As a lonely knight and a lonely lady are drawn together by circumstances beyond their control, the situation explodes. When Cullen prevents King John from abducting Teddy to punish de Lacy, he is declared a fugitive from the law and Teddy is told that he was killed whilst fleeing the prince. Believing he is dead, she also discovers she is pregnant with his child, making the situation far more complicated because her own husband has never bedded her.It’s a race against time for Cullen to return to the woman he loves and save her from the king, her father, and her own husband. In the beginning of their love affair, he promised to always love her, to always protect her, and to always be faithful to her. He intends to fulfill that promise… or die trying.The Promise is an epic Medieval adventure you’ll not soon forget.The Promise is a full-length novel linked to the Le Veque books Vestiges of Valor and By the Unholy Hand