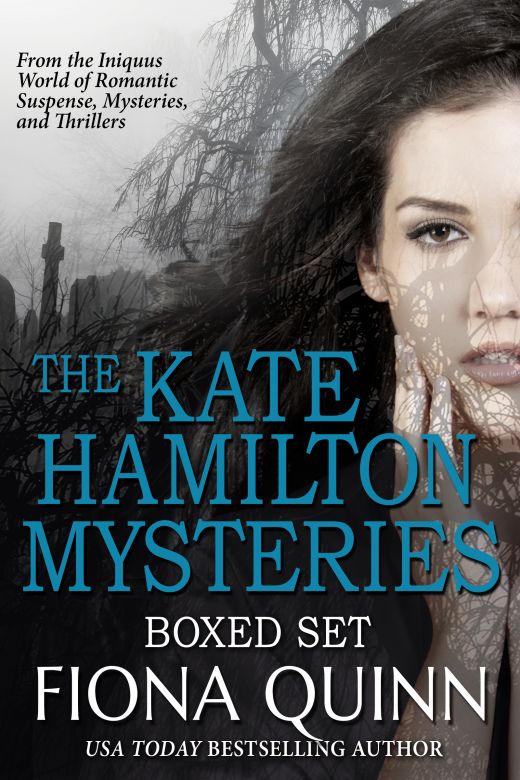 Join teacher Kate Hamilton as she puzzles her way through crimes from rural Virginia to inner city Washington D.C. in this USA Today bestselling series.

A sleepy town in southwest Virginia wakes up to a nightmare of untimely deaths.

Not safe at home in Boston, science teacher Kate Hamilton seeks refuge in the small Virginia town where she was born and raised.

Scarborough is no longer the bucolic village that she remembered. Pleasantries are only skin deep as big city issues and the politics of the world roil just under the surface.

A string of untimely deaths has the whole town grieving. Only Kate thinks something nefarious is afoot.

Can Kate convince the local police that coincidences like these are only found in fiction?

Kate is determined to solve the puzzle and save lives, especially her own.

Science teacher Kate Hamilton is hiding out in the small Virginia town where she was born and raised.

Her marriage is in tatters. Her future uncertain. Kate begins the new semester at Boonestown High teaching their new STEM CSI classes.

An object collected as "evidence" during a class project serves as a distraction for Kate. It's an expensive accessory for a town where their only manufacturing plant has been shuttered.

Good deeds can be deadly.

Ours is but to do or die.

Kate is moving to Washington D.C. to be closer to her disabled SEAL husband.

Her marriage is held together by a thread. Her baby is due very soon…too soon.

An object passed from victim to good Samaritan, a class of teens who don’t like to be told “no”, this all seems too familiar to Kate.

Scroll up and grab your copy to join in the case and solve these mysteries!

The World of Iniquus in Chronological Order 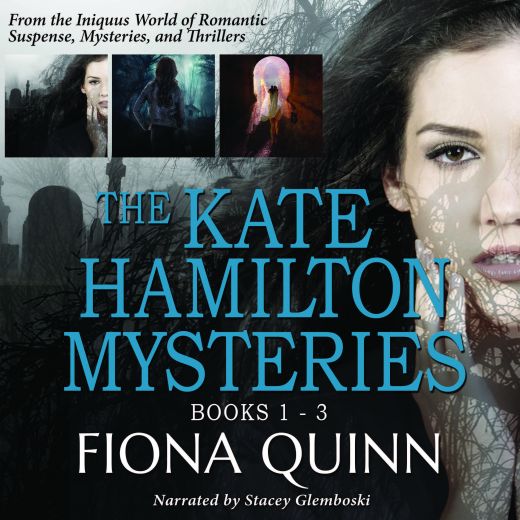 Join teacher Kate Hamilton as she puzzles her way through crimes from rural Virginia to inner city Washington D.C. in this USA Today bestselling series.

Kate Hamilton stared at her Uncle Owen’s face. She was barely able to recognize him, resting there against the slick satin of his coffin pillow.

Somehow, the funeral director had molded and painted her uncle’s features into a pleasant, peaceful expression. There had never been anything pleasant or peaceful about this man in life.

Everyone in Scarborough would agree that Owen Jenkins was one of the most cantankerous and disagreeable people that God had ever created.

But her aunt, Emma Jenkins, told stories about how Uncle Owen hadn’t always been that way. She said that before he left for Vietnam, Owen was charming and gentle hearted. No one but Aunt Emma could remember that far back in his history. Over the last fifty years, all his meanness had robbed the town of the happier memories of him. Uncle Owen had been the official town curmudgeon.

And now, no one cared that he was dead.

“I’m not expecting anyone to stop by tonight.” Aunt Emma turned a page of her library book.

“What about from the church?” Kate asked.

Aunt Emma didn’t look up from her book. “Not for paying their last respects. I imagine they’ll come to the funeral tomorrow. The paper said I hired Maggie May’s for the catering. People will want to get out of the house, get something free to eat, and to gossip. I don’t expect a crowd, but it won’t be empty neither.”

“Surely, your friends will be there to support you.”

“Perhaps a few. I pushed the funeral up a day, or I’d have no hope of anyone coming at all.”

Kate shifted uncomfortably around in her chair. “Why’s that?”

Aunt Emma put her finger where she left off reading. “There’s a pig-picking Saturday afternoon with music and politicians, and what-all. The whole town will turn out. Perhaps I’ll go, too. Rose said they’ll have a soft-serve ice cream truck.”

Kate moved to the chair next to her aunt and sat down, yanking the short skirt of her black dress to its full length, as she aimed for modesty. The call telling Kate that Uncle Owen had died had come just as she loaded her last suitcase into the back of her Ford Explorer. She had dashed back into the house and grabbed something black to wear, only to realize later that her dresses ran more along the lines of cocktail party than proper mourning attire. She saved the plainer of the two dresses she’d brought for the funeral. Aunt Emma lent her a cardigan to help hide this one’s low neckline.

True to her aunt’s word, no one showed up for the viewing. An hour had passed, and they had another one yet to go. Kate wished her aunt had warned her earlier, or she had the foresight to bring a book, too.

Kate stared into the forest scene of one of the oil paintings decorating the small room, rubbing her thumb over the Celtic design on the ring adorning her index finger. Her mind wandered back to what had happened on Tuesday, and the awkwardness of her goodbye as she left her husband. His decision, not hers.

“I need you to leave, for your own damned good,” Ryan had argued.

It had killed Kate to drive away. It was her place—no, her right to be by his side, supporting him. But he had said to go, and she was afraid of what he might do if she didn’t comply. Thank goodness the school year at John Adams High had wrapped up, and she’d already handed in her students’ final science grades. Thank goodness Aunt Emma had welcomed her with open arms. And of course, she owed a big thanks to Tim.

Just as his image bubbled up in her mind, Kate turned her head to see Detective Tim Gibbons walking toward her and Aunt Emma.

Aunt Emma was on her feet, opening her hands to welcome him. “How kind of you to stop by tonight,” she said.

“How are you holding up, Mrs. Jenkins?”

“Kate’s here,” Aunt Emma gestured in her direction as Kate came to her feet. “She’s such a blessing. I was so glad when she decided to visit for the summer. And then this happened.” Aunt Emma fingered her cross pendant. “I can’t say this will make her stay any worse, though. I expect it might improve it considerable with Owen gone.”

Tim nodded, “He was a hard man to like, but you stayed with him—it speaks of the depth of your love.”

Aunt Emma reached out and grasped Tim’s forearm; her serenity crumbling. “Some men, they lost their legs or their sight in the war. Owen lost his goodness. He came out of the war crippled and broken. His ugliness was not his fault.”

Shame and resentment washed over Kate. As horrible as Uncle Owen had been, he never threw her aunt out. Kate rubbed her hand over her aunt’s back, her gaze fastened on Tim.

Tim was taller than he had been in high school. The laugh lines that crinkled the corners of his eyes when they were younger now permanently etched his tanned skin. The fifteen years that she’d lived in Boston hadn’t changed him much. He looked good. And that was trouble. Kate knew it as sure as she knew that the next thing he’d say would be…

“Not much to see.” She dragged a smile into place and pulled the cardigan tighter around her body.

“Boston agrees with you.”

“It does indeed.” Kate nodded.

“Well, welcome home. Glad to have your help at the police station. Though it’s not much of a place to do a CSI internship. You’re going to end up bored.” He stuck his hands in his pockets. “We still roll up the sidewalks come dark.”

“Good. I could use a little boredom.” As soon as the words popped out of her mouth, Kate regretted them. Her troubles weren’t meant for public consumption.

Tim’s gaze locked on hers. He seemed to reach right in and pry her secrets loose. As the lead detective on the small-town police force, Kate imagined Detective Tim Gibbons had honed his dowsing skills—sharpened his people-reading acuity. It was a skill Kate loved about him. One of the many things she’d loved about him. But now it felt invasive in this moment, and Kate took a step back.

Tim pulled his wallet from his back pocket. “She’s home with the boys tonight. Billy has a fever from his new tooth.” He grinned at the picture of his family he held out for them to see.

“Oh, they’re beautiful, Tim,” Aunt Emma gushed. “Your eldest is getting so big. He looks the spitting image of his daddy.”

A movement from the doorway caught Kate’s attention. “Good evening,” she said to the man standing there.

Aunt Emma glanced around. “Doctor Javarti, thank you for coming. Let me introduce you to my niece.”

Tim gave Aunt Emma a light kiss on her cheek. “I’m on duty. I need to head on now. Kate.” He nodded in acknowledgement, shook hands with the new man, and left.

“Kate, I’d like you to meet the physician who tried to save your Uncle Owen, Dr. Omid Javarti.”

“My condolences,” he said to Kate, then focused his attention on Aunt Emma. “I’m very sorry for your loss, Mrs. Jenkins. But your husband has found peace. After so many years of torment, he’s at rest.”

Kate detected the smallest accent in Omid’s English. The way he stood and the European cut of his suit—which she was much more likely to see in her adopted home of Boston than in southwest Virginia—made Kate wonder how this cosmopolitan man had found his way to Scarborough.

To Kate’s surprise, her aunt pulled a handkerchief from her sleeve and dabbed her eyes. Had Kate been married to someone like Owen, she would be celebrating. Upon hearing the news, Kate’s first thought was that Uncle Owen dying of a heart attack was irony at its best. Most folks swore the man was heartless.

“Even so, a sudden loss can shock the system,” Dr. Javarti said. “Please tell me if you need anything in the next days or weeks—something to help you sleep, or to deal with any anxiety or depression.” He and Aunt Emma walked to the casket. Aunt Emma touched the handkerchief to her eyes, and Kate realized her aunt was crying. Kate was ashamed of her flippancy. She knew better.