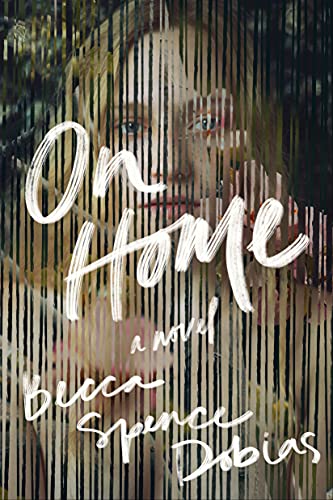 When tragedy strikes, Cassidy, a cam girl living in Southern California, must return to the small West Virginia town she left behind. Cassidy likes her job getting naked for men on camera, though she prefers sex with women. She never came out to her family or friends back in her home state—not about her sexuality and certainly not about her sex work. Now, she must figure out how to hold on to the life she's built for herself while picking up the pieces of her fractured family.

As Cassidy's story unfolds, we glimpse into the lives of the strong, complicated women who came before her: Jane, the sheltered daughter of farmers, escapes West Virginia for Washington, DC to work as a Government Girl for the FBI during World War II, until a fateful mistake threatens her future. Paloma, a Fulbright Scholar, journeys to newly Westernized Prague—only to fall for an idealistic but safe man from West Virginia.

Though worlds and generations apart, all three search for meaning as they face impending motherhood and the pull to return home to rural Appalachia.

I married my electric dishwasher. A man with thick armhair like barbed wire came to install it in the kitchen, and I made him stay for the ceremony. I lipped a glass and then set it facedown in the top of the dishwasher, a second lipping that would seal us to each other forever.

So you’re like really into that dishwasher? the dishwasher man said, touching his belt.

We’re into each other, I told him.

I loaded and unloaded the dishwasher and ran it a few times in order to adjust to its new mouthy presence. The pockets of heat. The orange light at the end. I opened my arms and folded myself into the dishwasher’s breath of steam.

B died, I said to the dishwasher. B is dead. It’s just us now.

It was supposed to be me. I should have been long dead by now. As a kid, I was always sure I’d get eaten. That’s how someone like me was supposed to go. No one was watching to make sure I survived my childhood of humid horrors. If you weren’t trying to get the hell out of the Everglades, you were waiting to die there. I was born during the summer solstice into a place with no seasons to a woman who did not want me. I know that she was on drugs. I know that her name was Daniella, which I hate. I know that she was fond of Betty Boopbecause the one thing that went with me from the hospital was a faded beach towel with her little heart-shaped pouty face. I still have a hanky-sized snippet of it that I hold in my right hand while I sleep. I call it Boop. Obviously.

My gigantic mistake of a birth produced a second mistake: two separate birth certificates surfaced at DSS years later when they transferred me to the group home. They were identical except for the fact that I was born at 11:59 on the first and 12:00 on the second. In other words: I was born twice, and both times sucked. So, of course I have always been trying to kill one of me. Now here I am barreling into the shaky future in a tightly controlled spiral, bringing myself together in this, which is the only way I’ll survive.

A week ago B was unconscious in the ER. For me that seemed manageable—even getting the call, even rushing in to be told that they had fallen on the concrete floor of the garage and hit their head—manageable. I was at the copy place when I got the call, and I squeezed the life out of an industrial stapler—but I did not panic. B had been unconscious in the ER before, and the next day we were eating soggy french fries and watching the Hallmark channel like nothing had happened. I’m not unfeeling. I actually have a lot of feeling—fifteen consecutive DSS reports describe me as “too sensitive (uncooperative)”. And now, I have just wasted too much of my life on panic to end up fine and eating soggy french fries on the other end.

Seven days ago B was not out of the woods yet, and the hospital called their brother to get permission to release details to me on the swelling in their brain. He was out of town, so they called a cousin that B had not spoken to in years, and because the cousin had never heard of me, they frowned and told me nothing.

Doctors continue to use the phrase not out of the woods yet,like we all share one kind of woods, like pine trees spring from our collective consciousness with a fine dusting of snow and we are delivered there on cue. I think of my first waist-high white plastic Christmas tree that I bought with B at a dollar store. I think smaller to get to something more life-sized. I think like B. I remember a patch of fake moss the size of a thumbnail and a cellophane creekbed that runs into a perfect vanishing point. All the woods B made.

I grew up on a witchless beach surrounded by frail dispossessed palm trees. For years it was more like the breezeless set of a beach with sunset after sunset, and white noise machine waves rolling on repeat. Then the bad hurricanes came one after the other, and then it was even more toxic-beautiful sunsets to cast the pile of debris and nomadic tarp people in garish paradise neon. Either way, being a kid in the swamp was lonely. People seemed pretty busy driving around and going to strip malls and getting things pierced. It’s not like any of those people belonged to me in particular anyway. I was the most alone a person can be. I hadn’t even started my rock collection yet. I had no pets. I had no parents. I had no stretchy bracelets. I had a document that told me my blood type. It was B-. I thought it was the grade I was given for being born.

When the electric dishwasher arrived, I got the dishwasher man to ask me on a date so that I could turn him down.

I don’t do that anymore, I told him.

What, you’ve given up already? he said. You’re not that old.

What a thing to say.

I’m ancient, I said, and you are a damned baby. Whoa. Calm down lady. He folded his arms. I narrowed my eyes at him and made them into lasers. You are not even a baby, I said. You are a baby apprentice.

Like every publically shared kid in a peninsula state, I had learned to swim. I could swim crazy fast. They even tried to get me for swim team, but I was doing my own thing. I knew what other people did and I just chose not to do those things: I wouldn’t do a backstroke or a breast stroke or a donkey kick butterfly but sometimes the forward crawl is called a freestyle, and I was into that.

My social worker was a tender-hearted woman with a perfect bowl cut. She wasn’t naturally blonde or maternal, but she was always looking out for me. She was the one who took me shopping for my first bathing suit. I remember it because it was one of the first times I thought about what it means to have a body.

I had gone down to the public pool to swim some odd laps in my regular Wrestlemania shirt with cut-off sleeves from the group home donation pile. It was my weekly meeting day with the social worker, and she was supposed to be picking me up from the Y. ...