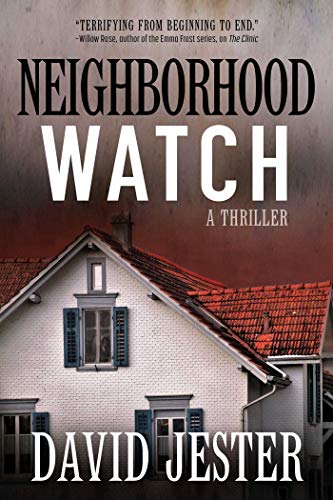 "Destined to have readers squirming in their seats. Terrifying from beginning to end." —Willow Rose, international bestselling author of the Emma Frost series, on The Clinic Abi Ansel is not the most confident woman in the world; in fact, she might be the least. She’s a perpetually anxious, constantly awkward woman with nervousness in her blood. She is unlucky in love, and everything else, but she’s trying her best to change that. The problem is that every new boyfriend makes life that much harder, and every new date sends her one step closer to giving up on men altogether. And in Robert Marlowe, a blind date who is as awkward as she is, Abi may have finally gone one man too far. After a sweaty, awkward encounter with the wide-eyed, nervous hopeful, Abi’s life changes forever. She discovers that Robert is her new next-door neighbor—his beaming, hopeful grin waiting for her every morning and every night. If that wasn’t weird enough, she suspects that he’s spying on her, that he’s up to no good late at night, and that he’s behind the gruesome murders gripping her small town. Abi is scared. The police won’t help, her grandmother, whom she lives with, is oblivious, and she doesn’t have anyone else to turn to. But not everything is as it seems, and there is something even darker and more insidious at play that Abi never saw coming. Neighborhood Watch is a comically dark thriller filled with unexpected twists and turns.