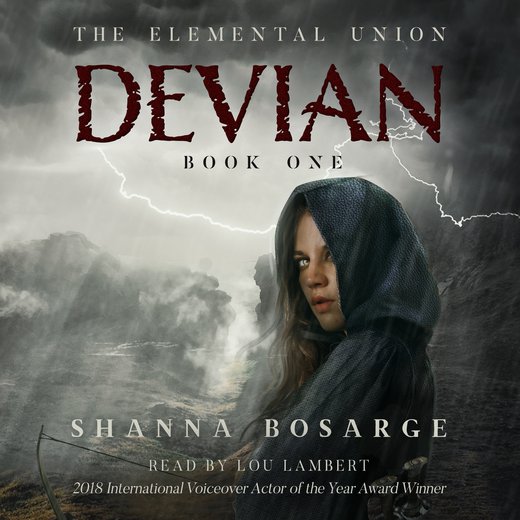 Devian introduces Sterling Rin’Ovana -- a complex, beautiful, and dangerous woman who forges toward a powerful future despite her unknown past.

Resentful of the silver eyes inherited from a mother she never knew, Sterling must learn to put aside the wayward glances and the whispered insults of those who see her as a monster. Silver eyes that also betray her as a Devian, and the hunted quarry of the Severon.

Born in the midst of a battle between her Veillen father and graekull demons and the blood of her dying mother, Sterling is secreted away by Hemi -- a trusted family servant. She grows in peace and safety until the Severon find her, years later. As they destroy the people and the places she grew to love, Sterling battles their constant push to capture her, as well as her own regret over the trail of destruction that follows her escape.

No amount of Hemi’s training could prepare Sterling for the relentless pursuit of the Severon. As she flees, Hemi’s dying words ring in her ears -- urging her to find shelter in the land of Kai’Vari, the place of her birth. While she hopes to find a place to finally call home, she returns to the millennia old battle between man and demon, as well as fear and mistrust from those who should instead protect her.

She also finds -- as her Devian powers emerge -- that she may either be the key to ending the ancient battle, or the catalyst to the world’s destruction.