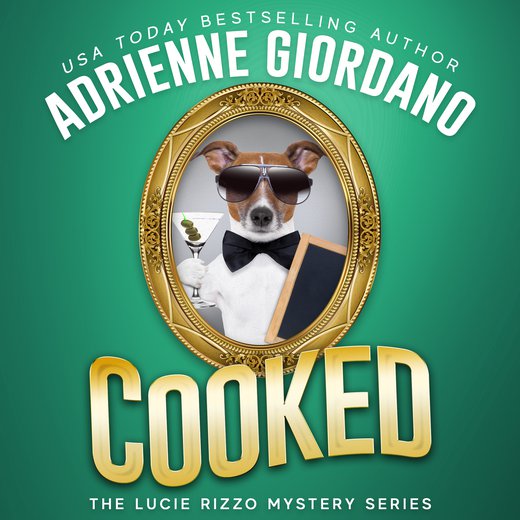 To taste success in this world, Lucie Rizzo knows that you need a good recipe. And this time, she finally has one.

Big business might be ruthless, but Lucie Rizzo learned to take the heat from the best: her mob boss father. Except instead of cooking the books, she’s mixing up her next moneymaking expansion. But her BFF-turned-partner isn’t sold on the idea. Ro is the creative genius—not to mention the boobs—of their operation, but Lucie has the discerning business palate. And this venture smells like sweet success. All they need is the right investor.

French chef Antoine Durand made casseroles sexy again. His closely guarded secret recipe built a billion-dollar empire. He’s got the cred and the cash to turn Lucie’s dream into a reality. She gives him a taste of her proposal and Antoine’s about to bite, when a fire breaks out in his restaurant. And in the chaos, his priceless recipe is stolen.

The number one suspect? Lucie. Because a girl can’t shake her criminal connections in this town. She might be a mob princess, but she’s no thief. And she’s certainly no blackmailer. Someone has beef with the chef. The Rizzo crew needs to find out who, before Antoine puts Coco Barknell out of business…and Lucie behind bars.

"There are two things you can count on when reading a Lucie Rizzo Dog Collar series book...laughs and pure entertainment!" - Goodreads Review