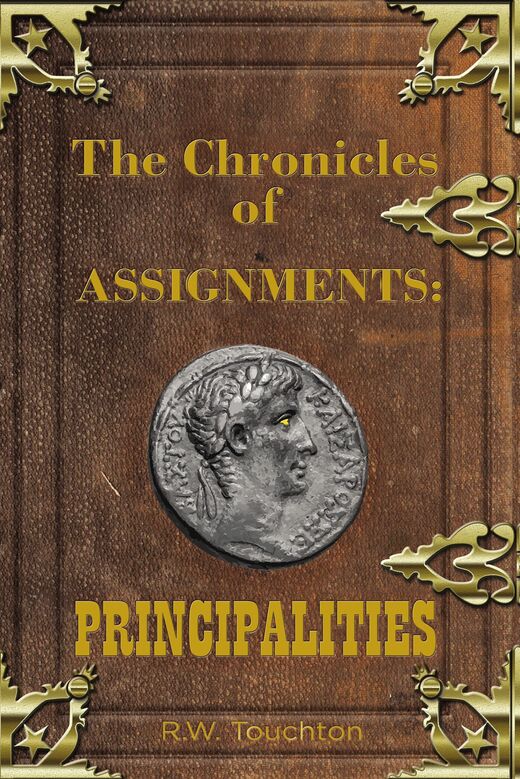 The Chronicles of Assignments

While the Angel JEDON watches over the birth of his new assignment, TERRENCE PALMER; the guardian is aware of the demonic forces also assigned to his mortal. The enemy: Prince Javin, Captain Domination and Commander Bondo, alerted by Lucifer that the child is destined for greatness. So, bound to make the mortal stumble and to distract him from his destiny. The boy's dysfunctional family already makes for a mire of evil for the wicked trio to perform their feats.

Terrence at the age of twenty-five, becomes a popular bartender in an Atlanta prevalent nightclub. However, he and a friend slip into a unique spirit-filled service at Monument of Hope Church. There the spiritual veil is opened, allowing Terrence to see demonic activity in the rafters of the church. Impressed by the happenings at the service, he purchases a Bible and begins to study. After giving his life to Christ, Terrence enrolls in a Spirit-filled Bible College and realizes that his "calling" is Evangelizing. He returns to the church where he first saw the spiritual activity and meets the new Senior Pastor, Jon Daehl. With the help of Terence, they combat a High Priestess nemesis, Marion Cole and her coven who are demonically driven to spiritually bring the renowned church down. Carla, a rogue witch, knows Palmer's worth to her Lucifer, she attempts to sacrifice Palmer on an All Hallows Eve ritual. The LUCIE coven only sacrifices animals; therefore, Marion surprisingly saves the Evangelist and expels Carla.

Marion refuses to surrender her son's life to Satan, so he influences a gang of boys to beat up Barry at the age of ten. A blow to his skull with a brick makes him comatose for twenty-one years. Distressed that she has been lied to, and Marion's son is paying for her services to her Master, she rebukes him. Satan then tries to terminate her life by burning her home down with her in it. However, Dr. Terrence Palmer and Rev Jon Daehl visit Marion at the hospital and prays over her as she is set free and saved, but before she dies, Palmer promises Marion that he will deliver her son from the spiritual servitude. Terrence is taken by his Angel into the spiritual realm and with the Guardian's Celestial 77 Amplitude laser sword, battles the demonic forces and delivers the young man from the bondage of perdition.

Dr. Palmer's last gift of the Spirit is the resurrection of the daughter of his childhood friend, Albert Trent. Diane passes with leukemia just before Palmer's arrival. However, having fasted two weeks earlier and with much prayer, Palmer is moved by the Spirit of the Lord to pray over the girl, and He will revive life. Twenty years later, Terrence Palmer has congestive heart failure, and his funeral service is held at the old abandoned Monument of Hope Church property. Eleven hundred people attend, and the service also broadcasted on television, as Dr. Palmer, known on television throughout the country, and for his Waffle/Coffee shop ministry is laid to rest.