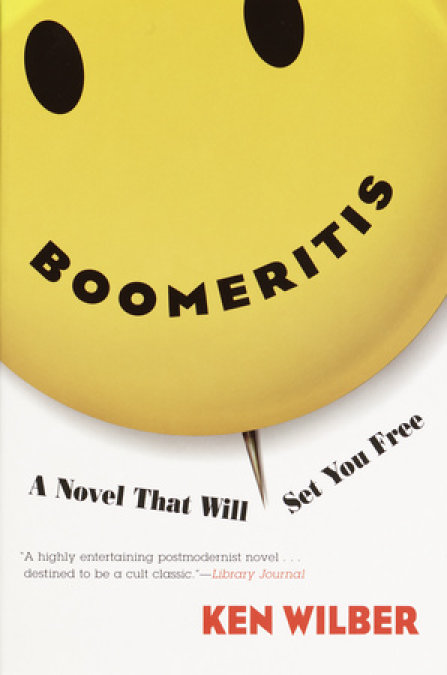 Ken Wilber's latest book is a daring departure from his previous writings—a highly original work of fiction that combines brilliant scholarship with tongue-in-cheek storytelling to present the integral approach to human development that he expounded in more conventional terms in his recent A Theory of Everything.

The story of a naïve young grad student in computer science and his quest for meaning in a fragmented world provides the setting in which Wilber contrasts the alienated "flatland" of scientific materialism with the integral vision, which embraces body, mind, soul, and spirit in self, culture, and nature. The book especially targets one of the most stubborn obstacles to realizing the integral vision: a disease of egocentrism and narcissism that Wilber calls "boomeritis" because it seems to plague the baby-boomer generation most of all.

Through a series of sparkling seminar-lectures skillfully interwoven with the hero's misadventures in the realms of sex, drugs, and popular culture, all of the major tenets of extreme postmodernism are criticized—and exemplified—including the author's having a bad case of boomeritis himself. Parody, intellectual slapstick, and a mind-twisting surprise ending unite to produce a highly entertaining summary of the work of cutting-edge theorists in human development from around the world.