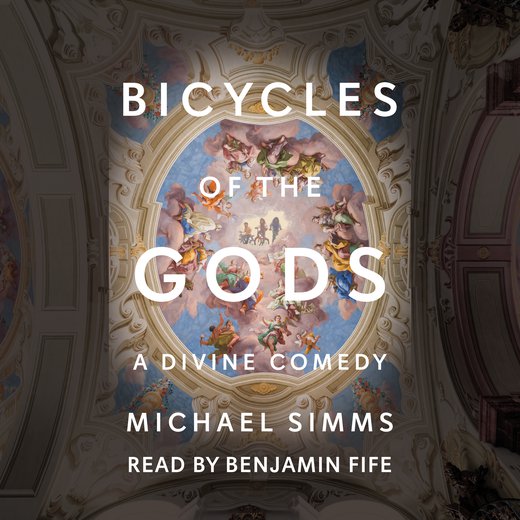 Bicycles of the Gods

In Bicycles of the Gods, the main character, Jesse, presents an earthly incarnation of Jesus Christ come to earth in the body of a 12-year-old boy in the company of Xavi, who is the earthly incarnation of Shiva, Destroyer of Worlds, also a 12-year-old boy. The pair stand on a hilltop above the city of Los Angeles contemplating how best to destroy it as a precursor to destroying the entire world to rid it of humanity so it can refresh and rebuild. Xavi is ready to get on with the task The Big Guy, God, has assigned them, but Jesse has a problem. He isn’t sure that everyone deserves to be destroyed.

A playful, provocative, and imaginative discursus, Bicycles of the Gods is an affront to racism, sexism, classism, ageism, and heterosexism as it posits a Divine who will not be captured and used by white supremacists for their own purposes. Michael Simms has created an engaging new world order that functions within our familiar one.—Rev. Dr. Moni McIntyre, author of Social Ethics and the Return to Cosmology

Set in today’s digital-age Los Angeles, with a delightful cast of characters, including celestial ones “in disguise to make it easier to move through the world,” you will encounter The Big Guy, Maria, Jesse, Xavi, Luke, and Abe, as well as Christine, Mikey, Patrick, the Six Sisters of the Piston, Father Jack, Stefan the Poet, Birdie, Dharma the Dog, and Caruso the Parrot, all of whom are caught up in the tragic-comic battle between the forces of Good and Evil, Light and Darkness. Michael Simms has given us a frolicking and “novel” approach to the Apocalypse of John that offers a front-row seat to the shenanigans of the times in which we are presently living....—Rev. Dr. Charles Davidson, author of Bone Dead and Rising: Vincent van Gogh and the Self Before God