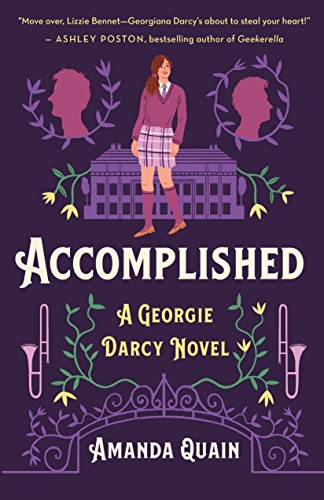 Georgiana Darcy gets the Pride & Prejudice retelling she deserves in Amanda Quain's Accomplished, a sparkling contemporary YA featuring a healthy dose of marching band romance, endless banter, and Charles Bingley as a ripped frat boy.

It is a truth universally acknowledged that Georgiana Darcy should have been expelled after The Incident with Wickham Foster last year – at least if you ask any of her Pemberley Academy classmates. She may have escaped expulsion because of her family name, but she didn’t escape the disappointment of her big brother Fitz, the scorn of the entire school, or, it turns out, Wickham’s influence.

But she’s back for her junior year, and she needs to prove to everyone – Fitz, Wickham, her former friends, and maybe even herself – that she’s more than just an embarrassment to the family name. How hard can it be to become the Perfect Darcy? All she has to do is:

- Rebuild her reputation with the marching band (even if it kills her)
- Forget about Wickham and his lies (no matter how tempting they still are), and
- Distract Fitz Darcy — helicopter-sibling extraordinaire — by getting him to fall in love with his classmate, Lizzie Bennet (this one might be difficult…)

Sure, it's a complicated plan, but so is being a Darcy. With the help of her fellow bandmate, Avery, matchmaking ideas lifted straight from her favorite fanfics, and a whole lot of pancakes, Georgie is going to see every one of her plans through. But when the weight of being the Perfect Darcy comes crashing down, Georgie will have to find her own way before she loses everything permanently—including the one guy who sees her for who she really is. 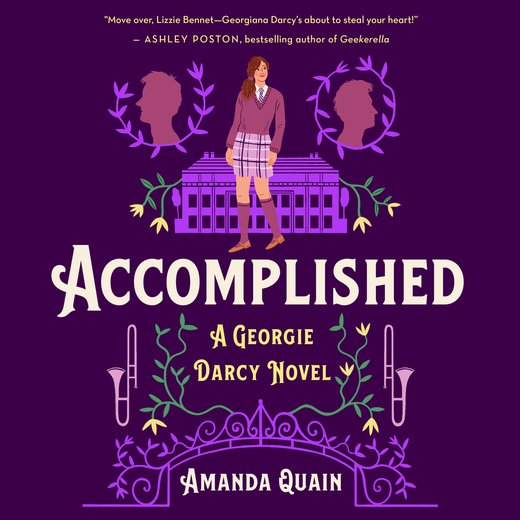