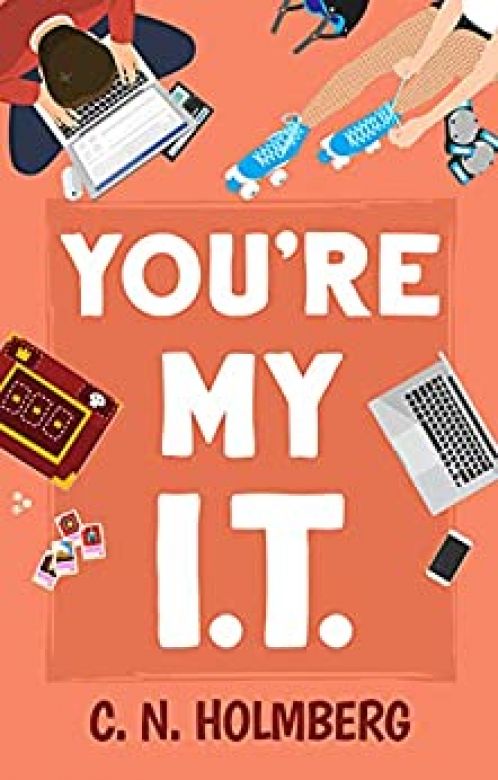 The first guy Blaine ever confessed her feelings to dismissed her. The second made her friendless. The third, a viral internet sensation.

And Blaine is praying the fourth will be different.

After two years of pining for the aloof and secretly hilarious IT guy at work, roller-derby-warrior Blaine creates a master plan: after Lysander returns from his transfer in California, she's going to spill everything. And why not? She's got a killer undercut, thighs of steel, and shares his love for superheroes. In her book, they're a match made in heaven.

Lysander has enough self-esteem to fill a thimble and has always struggled with his place in the world. When his father has a health scare, Lysander takes charge of his own, and consequentially loses fifty pounds. Suddenly the people around him think he's worth his space—especially the women. And when Lysander fishes the literally shallow waters of dating and returns with a girl on his arm, Blaine fears she may have lost her chance with him entirely. 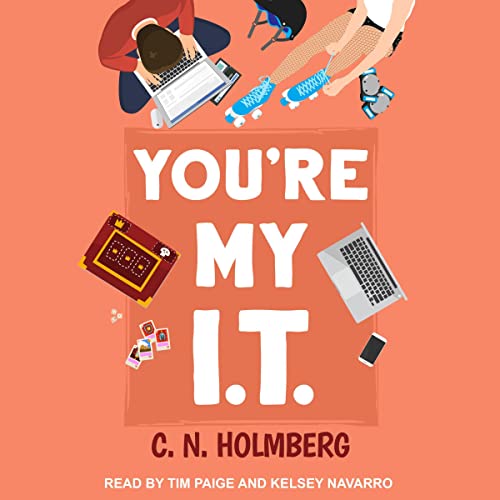 BWickers: Hey, Lysander? Sorry—My name is Blaine Wickers. I’m the new hire for the editing department. Aaron said to message you about getting my monitors set up.

LMay: I can’t find any grammar errors in your message.
[GIF of a bunny holding up a sign reading, “Congratulations”]

LMay: How many monitors do you have?

BWickers: Two. Well, three, if you include the laptop?
Laptop. That’s not a question. Now I’m proofreading everything I type.

I dropped my hands from the absolutely horrid ergonomic keyboard IO Masters had left on my desk for me—it was the kind that split in the middle and separated your hands. Also the kind I would risk carpal tunnel to avoid using at all costs. I’d have to ask Lysander if they had a normal keyboard I could use instead, or else I might revert to typing straight from the laptop they’d given me.

I spun a little in my chair, glancing over the short row of cubicles for the technical writers for my new company. I’d finished orientation only twenty minutes ago, but my supervisor was nowhere to be seen. I checked my watch. Five after one. Maybe everyone took late lunch breaks.

My stomach gurgled, reminding me of the cheese and crackers I had in the fridge. Not just any cheese and crackers—I’d packed myself an entire charcuterie board. After rent, my biggest expense went to groceries. If I was going to eat, I was going to enjoy what I was eating. And I really enjoyed brie, salami, manchego . . . ​and just about anything that could fit into the same category as those.

My shiny new job would contribute to more snobbish eating, which was a big plus for me. And I was excited to be in a new environment and meet new people. It was hard to make new friends as a late twenty-something who didn’t go to church, especially in a place as religious as Utah. I’d moved to Utah County—what the locals called Happy Valley—six years ago. And the friend thing was . . . ​complicated.

I opened a few drawers, scoping out my cubicle. It had low walls, which made for a lack of privacy, but I supposed that encouraged productivity, since it was harder to get away with goofing off. Beggars can’t be choosers, Blaine.

After spinning in my chair a couple times, wondering if I should just take a lunch break, someone finally approached my cubicle. He was relatively tall and tan, maybe of Latino descent. His slacks were too big for him and buckled under­neath a drooping stomach that said he also liked to eat. He wore a blazer to hide a subtle Batman T-shirt—IO Masters was business casual, and it was definitely not Friday—​that was black with subtle white and gray lines outlining the super­hero and his logo. Broad shoulders filled out the blazer well. He had a soft double chin, full lips, and his hair was groomed into a subtle faux hawk.

I stood and held out my hand. “Lysander?”

I seemed to have startled him, despite these short cubicles making my presence clear. “H-Hi,” he said and hesitantly shook my hand. He had a firm grip, but he didn’t quite meet my eyes.

“Glad you found me.” I stepped back to give him space. “I put the cords where they fit, but nothing is popping up on the monitors.”

He didn’t respond, just set down the bundle of cords he was carrying and turned my laptop around to see for himself. I waited for a confirmation, for a quip, for anything, but the guy was all crickets.

I picked at a hangnail. “I’m more of a Marvel girl myself.”

After unplugging something, he glanced to me. He had . . . ​really pretty eyes. Brown so dark they were almost black, against bright whites that made them stand out like obsidian on a Florida beach . . . ​not that we were anywhere near Florida. Or a beach, for that matter. I supposed the closest beach was for the Great Salt Lake, if you liked suntanning in swaths of brine flies.

Lysander looked back at his work.

I nodded, though I didn’t think he saw it. “I get you. Batman is respectable. Especially now that he doesn’t wear his underwear on the outside of his pants.”

I earned a ghost of a smile, but no response. It was hard to believe this was the same guy who had just been teasing me on the company’s instant messenger. This Lysander was . . . ​well . . . ​awkward.

Or just really, painfully introverted—admittedly something I wasn’t very empathetic with. Give him the benefit of the doubt.

And, I reminded myself, this was a tech company. A deep tech company. I literally spent hours reviewing things like solid-state storage and MySQL before my interview so I could coherently answer questions, and I still didn’t get it. But I knew how to use a comma, and my Microsoft Office skills were excellent, so I wasn’t too worried.

The monitors flashed on, each showing my laptop screen. Hunching over, Lysander typed onto the keyboard.

“Do you want the chair?” I offered.

“No. Thanks.” He did some magic with the keyboard, and suddenly two new desktops populated across my screens.

“Hallelujah!” I clapped. “It’s so much easier to edit when you can put the documents side by side. Thanks!”

He didn’t give me so much as an uh-huh. He picked up his cords and stood there, unsure, for a minute.

“Fantastic Four or X-Men?” I tried.

He nodded, stood there for another second, then twisted on his heel and departed. I watched him go. I was pretty sure IT was on the third floor; marketing and the writing team sat on the fourth.

Pulling up my chair, I swept my mouse over the screens, double-checking everything. I hadn’t gotten any assignments yet, so my laptop sported only my email and the instant messenger. I pulled up the latter.

Two minutes later, as I was just about to close the laptop and go to lunch, I got a response. He’d sent a GIF of an overdressed prince making an elaborate bow.

Chuckling to myself, I headed to the break room.

There was a pack of salami there singing my name.