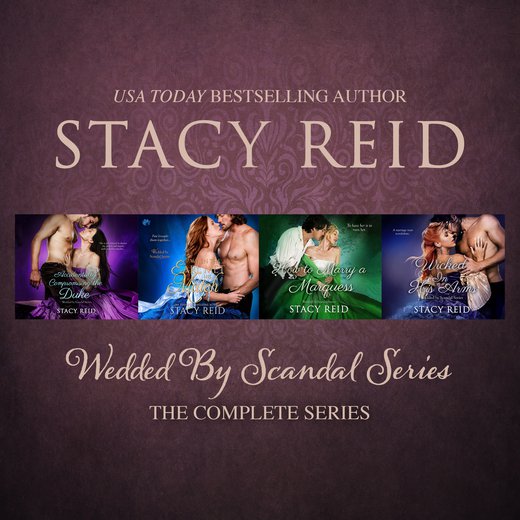 This bundle includes four Wedded by Scandal standalone romances that can be read in any order. Book 1, Accidentally Compromising the Duke: Determined to escape her impending marriage to a repugnant earl, Adeline is willing to do anything—even get caught in a compromising position with another man. Book 2, Wicked in His Arms: When an unconventional woman tempts Earl Tobias Walcott, he must do everything not to succumb, lest their relationship leads to disastrous consequences. Book 3, How to Marry a Marquess: When Lady Evie is forced into marriage, she chooses a marquess who has sworn off love. Will her plans for seduction be thwarted or will he make an impossible choice? Book 4, When the Earl Met His Match: When the future Earl of Albury put out an advertisement for a wife, he never expected an anonymous response from a woman who matches him wit for wit.