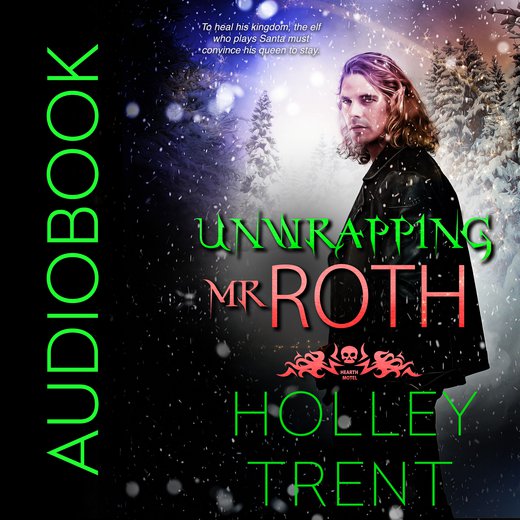 A holiday story set in the Hearth Motel world!

All preschool teacher Gillian Wright wanted was to pick up a third job so she could buy her students Christmas gifts. She didn’t think she’d be the one getting picked up instead. Her new boss, Nicholas Roth, is the big man in charge at Santa Incorporated—what Gillian thought was a seasonal staffing agency. But the sexy CEO has a holly jolly secret. He’s an equal opportunity employer and most of his staff are elves.

Santa has another secret. When he’s not delivering toys for his charity, he’s contending with political unease in the magic realm. To take his father’s throne as king of the elves, he has to get married…and only magic-proof Gillian will do. Gillian agrees, thinking Nick will cut her loose after the busy Christmas rush, but he has other ideas.