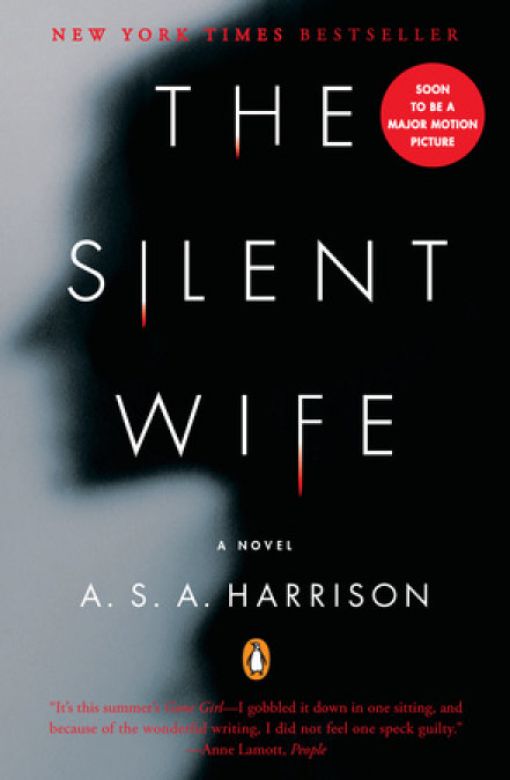 A.S.A. Harrison
Follow
He is a committed cheater. She lives and breathes denial. He exists in dual worlds. She likes to settle scores
Genres: Literary FictionThrillers
Buy now
Available in:
Share

Jodi and Todd are at a bad place in their marriage. Much is at stake, including the affluent life they lead in their beautiful waterfront condo in Chicago, as she, the killer, and he, the victim, rush haplessly toward the main event. He is a committed cheater. She lives and breathes denial. He exists in dual worlds. She likes to settle scores. He decides to play for keeps. She has nothing left to lose. Told in alternating voices, The Silent Wife is about a marriage in the throes of dissolution, a couple headed for catastrophe, concessions that can’t be made, and promises that won’t be kept. Expertly plotted and reminiscent of Gone Girl and These Things Hidden, The Silent Wife ensnares the reader from page one and does not let go. 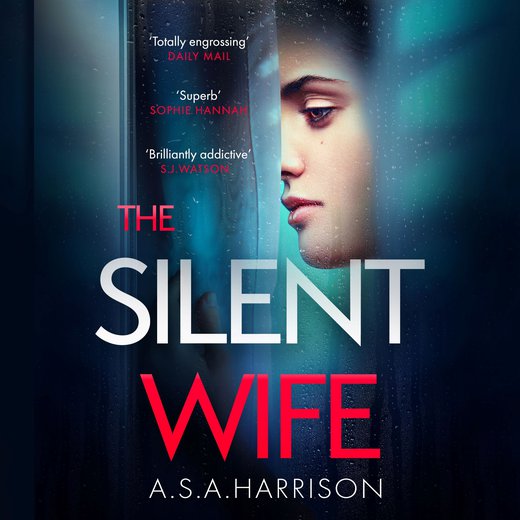 It’s early September. Jodi Brett is in her kitchen, making dinner. Thanks to the open plan of the condo, she has an unobstructed view through the living room to its east-facing windows and beyond to a vista of lake and sky, cast by the evening light in a uniform blue. A thinly drawn line of a darker hue, the horizon, appears very near at hand, almost touchable. She likes this delineating arc, the feeling it gives her of being encircled. The sense of containment is what she loves most about living here, in her aerie on the twenty-seventh ?oor.

At forty-?ve, Jodi still sees herself as a young woman. She does not have her eye on the future but lives very much in the moment, keeping her focus on the everyday. She assumes, without having thought about it, that things will go on inde?nitely in their imperfect yet entirely acceptable way. In other words, she is deeply unaware that her life is now peaking, that her youthful resilience—which her twenty-year marriage to Todd Gilbert has been slowly eroding—is approaching a ?nal stage of disintegration, that her notions about who she is and how she ought to conduct herself are far less stable than she supposes, given that a few short months are all it will take to make a killer out of her.

If you told her this she would not believe you. Murder is barely a word in her vocabulary, a concept without meaning, the subject of stories in the news having to do with people she doesn’t know and will never meet. Domestic violence she ?nds especially implausible, that everyday friction in a family setting could escalate to such a degree. There are reasons for this incomprehension, even aside from her own habit of self-control: She is no idealist, believes in taking the bad with the good, does not pick ?ghts, and is not easily baited.

The dog, a golden retriever with a silky blond coat, sits at her feet as she works at the cutting board. Every now and then she throws him a slice of raw carrot, which he catches in his mouth and joyfully grinds up with his molars. This vegetable toss is a long-standing predinner ritual, one that she and the dog have enjoyed from the time she brought him home as a roly-poly pup to take Todd’s mind o? his yearning for progeny, which sprang up, seemingly overnight, around the time he turned forty. She named the dog Freud in anticipation of the fun she could poke at his namesake, the misogynist whom she was forced to take seriously at university. Freud passing gas, Freud

eating garbage, Freud chasing his tail. The dog is endlessly good-natured and doesn’t mind in the least being an object of fun.

Trimming vegetables and chopping herbs, she throws herself bodily into the work. She likes the intensity of cooking—the readiness of the gas ?ame, the timer marking o? the minutes, the immediacy of the result. She’s aware of the silence beyond the kitchen, everything rushing to the point in time when she’ll hear his key in the lock, an event that she anticipates with pleasure. She can still feel that making dinner for Todd is an occasion, can still marvel at the stroke of fate that brought him into her life, a matter of rank chance that did not seem to favor a further acquaintance, much less a future of appetizing meals, lovingly prepared.

It came to pass on a rainy morning in spring. Busy with her graduate studies in psychology, waiting tables at night, overworked, exhausted, she was moving house, driving north on State Street in a rental van loaded with her household goods. As she prepared to change lanes from right to left she might have looked over her shoulder or maybe not. She found the van awkward, didn’t have a feel for it, and on top of this her windows were fogged and she’d missed her turn at the last set of lights. Given these conditions she might have been distracted—a question that later came to be much discussed between them. When he clipped her driver’s-side door and spun her into oncoming tra?c, there was a general honking of horns and squealing of brakes, and before she could pull herself together—before she fully realized that her van had come to a standstill and she was perfectly alright—he was screaming at her through her closed window.

“You crazy bitch. What in God’s name do you think you’re doing? Are you some kind of maniac? Where did you learn to drive? People like you should stay o? the road. Are you going to get out of your car or are you just going to sit there like an imbecile?”

His tirade that day in the rain did not give a favorable impression, but a man who’s been in a car crash is going to be irate even if it’s his own fault, which in this instance it was not, so when he called a few days later to ask her to dinner, she graciously accepted.

He took her to Greektown, where they ate lamb souvlaki washed down with cold retsina. The restaurant was crowded, the tables close together, the lights bright. They found themselves shouting over the din and laughing at their failure to be heard. What conversation they could manage was pared down to succinct phrases like, “The food is good . . . I like it here . . . my windows were fogged . . . if it hadn’t happened I would never have met you.”

She didn’t go out on many bona ?de dates. The men she knew from university took her for pizza and beer and counted out their money. They’d meet her at the restaurant scru?y and unshaven, still in the clothes they’d worn to class. Whereas Todd had put on a clean shirt, and he’d picked her up, and they’d driven to the restaurant together—and now he was looking after her, re?lling her glass and checking on her comfort level. Sitting across from him, she was pleased with what she saw—the way he casually took up space and his air of being in charge. She liked the homey habit he had of wiping his knife on his bread and that he put down his credit card without looking at the bill.