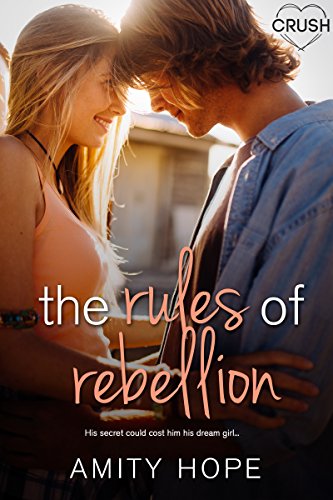 The Rules of Rebellion

Leo Zimmerman has had a crush on his curvy friend Kylie Jenkins since forever, so when he discovers the girl with a flair for candy making has a newfound plan to rebel against her overbearing parents, he’s determined to be the one to help her carry it out. Who better than himself to show her the ropes of letting loose?

Sure, taking her to her first high school party, helping her sneak out of the house, or watching a sunset together isn’t exactly a hardship, but much harder is masking his feelings the more time they spend together. And when he suggests adding “a first date” to Kylie’s plan and she accepts…suddenly all his dreams seem to be coming true.

But Leo’s got a secret that could change everything between them, and it’s only a matter of time before it comes to the surface.