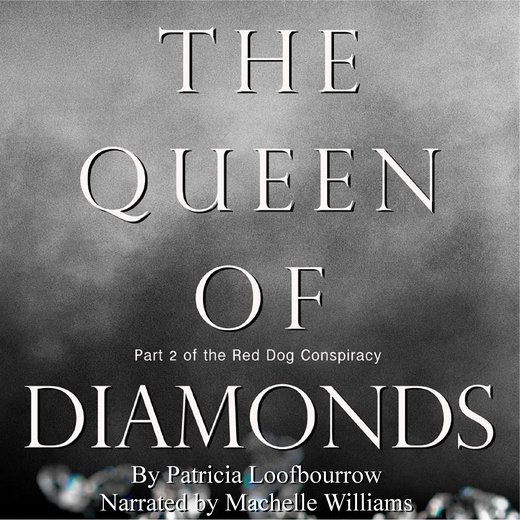 The Queen of Diamonds

What if your best friend was helping your worst enemy?

All is not well in Bridges. Tensions rise between the Four Families, who accuse each other of spying, while Red Dog attacks escalate. Aristocratic jewel merchant Dame Anastasia Louis, styling herself "The Queen of Diamonds," hires 22 year old private eye Jacqueline Spadros to collect from her debtors so she can leave the city.

But Jacqui can't leave David Bryce's kidnapping and the murders of her teenage informants unpunished. Convinced the madman "Black Jack" Diamond was behind the crimes, she pursues ways to prove it.

The scoundrel and his crew, however, seem to be one step ahead: the terrifying man in white is seen lurking outside David's home, forged letters appear across the city, and merchants in the Spadros quadrant report threats from a man who fits his description.

When witnesses who can identify David's kidnappers begin dying and evidence emerges that Jacqui's mother is next on the list, Jacqui is forced to make a dreadful choice.

Someone will surely die. Will it be Jacqui, or her mother?

What readers say about The Queen of Diamonds

"... blackmail, murder plots and seemingly everyone with a secret!" - Diana Johnson

"... combines a fictional mob tale with a detective mystery for a darkly entertaining adventure." - Holly A. Lenz

"I could not put this book down." - Jacob Posey