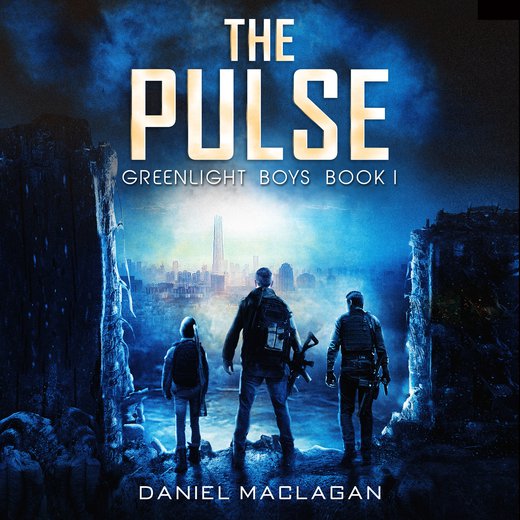 A virus kills billions worldwide. A new viral threat looms. Can a pair of grieving sons and their former Black-Ops father stop a terrorist group?

Alex and Danny have been training with their former Black-Ops father, Dean since the "Pulse" was set loose on the world five years ago. A terrorist group wants to destroy the remaining governments and military with a new virus. The US Army calls on their father and Alex and Danny to stop the terrorists before the remaining world order is destroyed. Can they stop the terrorists from destroying the last bit of order in the world? Little did they ever expect to discover a secret bigger than the virus itself that shakes their reality more than anything else.

"The Pulse" is the first book in the Young Adult fiction dystopia series, the "Greenlight Boys", which features compelling characters, a pair of kick-ass brothers, and surprising plot twists. If you liked "The Mazerunner", "Divergent", or "The Hunger Games" series, then you'll love Daniel MacLagan's brand new dystopian adventure.

Grab your copy of "The Pulse", the first book in the "Greenlight Boys" series today!