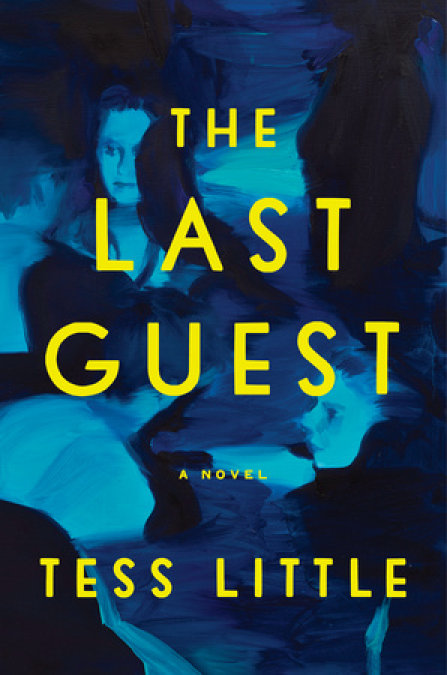 A glamorous birthday dinner in the Hollywood Hills ends with the famous host dead and every guest under suspicion in this dark, cinematic suspense debut reminiscent of an Agatha Christie page-turner crossed with David Lynch's Mulholland Drive.

“A sharp, unshrinking look at the costs of submission—to power and control, to ambition and desire, even to the wish to protect those we love by forcing memory underground.”—Paula McLain, author of The Paris Wife and When the Stars Go Dark

When Elspeth Bell attends the fiftieth birthday party of her ex-husband, Richard Bryant, the Hollywood director who launched her acting career, all she wants is to pass unnoticed through the glamorous crowd in his sprawling Los Angeles mansion. Instead, there are only seven other guests—and Richard's pet octopus, Persephone, watching over them from her tank as the intimate party grows more surreal (and rowdy) by the hour. Come morning, Richard is dead—and all of the guests are suspects.

In the weeks that follow, each guest comes under suspicion: the school friend, the studio producer, the actress, the actor, the new partner, the manager, the cinematographer, and even Elspeth herself. What starts out as a locked-room mystery soon reveals itself to be much more complicated, as dark stories from Richard's past surface, colliding with memories of their marriage that Elspeth vowed never to revisit. She begins to wonder not just who killed Richard, but why these eight guests were invited—and what sort of man would desire to possess a creature as mysterious and unsettling as Persephone. 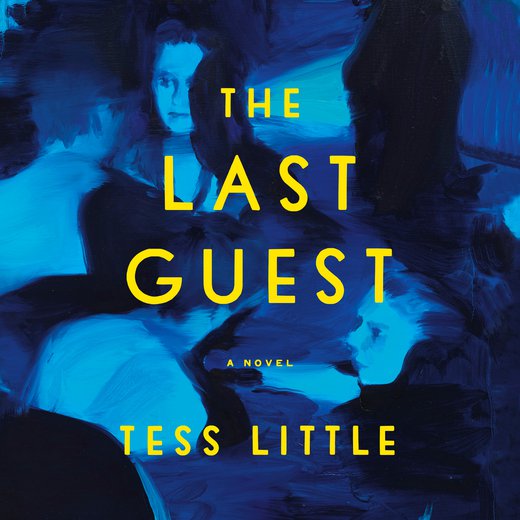 His eyes were tired, but his teeth were whiter than before. He held open the door to the house.

We leaned toward each other for a kiss of each cheek. His stubble pricked. One hand on my inner elbow pulled me close—­his other still on the door. He pushed back to regard me once more. I told myself not to tuck the hair behind my ear again, not to smooth my skirt or run my finger beneath the gold band on my wrist, tried to calm the cells of my body. Let him look at me; let him see what I had become.

“And what a fabulous present you are.” He grinned. “I’m so glad you came.”

Laughter echoed from the belly of the house.

“Here,” Richard said, twitching to action with a wave down the hall. “Come in. I can’t wait to introduce you to everyone.”

Entering the house, I found I had been deceived. From the driveway, the façade loomed large: two colossal cubes atop a thin rectangle, all in a smooth, pale concrete. Its angular gray assaulted the eyes, accustomed, as they had grown on the drive up, to the thick, hatching branches of the pines, the swells of the landscape. This was not the home we had once shared—­sold, immediately, to pay the settlement. This was a fortress. As I had stood in its shadow, tugging my skirt before ringing the doorbell, I’d tried to imagine the harsh surfaces, the darkness within.

Instead, I followed Richard into brightness.

He watched for my reaction to the name, but he would find no trace of surprise. I had seen the sign, driving in, and I refused to acknowledge it.

“How long have you been . . . ?” I asked, trailing off as my eyes skittered over the bare gray walls, the cold marble and clean glass. All were flooded with natural light, but from where, I could not tell: Each room we passed seemed a floor of its own, overlapping and overlaid. To draw a map of the place would be impossible.

“Living at Sedgwick? Five years now, and it does feel like home.” He walked three feet ahead of me, spoke without turning. His voice—­that familiar British accent—­rang clear and confident, bounced off the walls. “And yet every time I welcome a new guest, when I see their expression as I open the door, I’m reminded of its beauty all over again. Classical in its modernity. Sparse, but with a flourish.”

I hummed my agreement, concentrating on the placement of my stilettos. My stomach was acid. My tongue was dry. And I was here, with Richard, a decade to the day since the last time we had spoken, unaccompanied, in the flesh.

As we continued down the hallway, Richard asked about my trip, asked if he could put anything in the coat closet. I declined, clutching my purse close, regretting, not for the first time, that I had been forced into arriving alone. Perhaps it could have been interesting, peering into Richard’s new life with Lillie on my arm. Facing him by myself, I could barely muster a sentence. I let him tell me about the architect, who had lived in the home until his death, which occurred, so fortunately, a month before Richard had begun his property search. I let him recount his first visit, how it had been love at first sight. I let him talk about the origin of the materials; the trajectory of the sun; refittings, renovations.

They were nothing but boasts: a spiel he had presumably recited to his other guests. It was only when he mentioned the interior—­“the vision isn’t mine, of course; I’m not the aesthetic genius”—that I bristled, knowing who that true visionary was.

The voices grew louder—­my heartbeat faster—­as we passed into a darkening area illuminated cool by a wall of water. It was exquisitely blue, perfectly clear.

“How unique,” I said to Richard, who turned to me, shadows tracing the contours of his blue face, and smiled. I noted his lingering scent, still Eau Sauvage, of course, of course. “Some kind of contemporary sculpture?”

Richard laughed. I waited, uncertain and unsmiling, for him to finish.

“Yes, I can see it. A slice of the sea, a light installation,” he said, and laughed again, one staccato: Ha. “What a marvelous notion. But no, it’s not artwork. I had to find somewhere to show off Persephone, and this was the only suitable space.”

The wall was empty. I would have thought the water motionless were it not for dancing rays of light.

“You’ll meet her soon enough,” he answered, continuing along the passage.

And then we emerged to sunlight and sound. Richard threw out his arms and announced: “The atrium.”

It was magnificent. If the façade of the house had concealed a secret, then this was its dazzling conclusion. The hallway opened onto a vast, vaulted room, which, I realized as we entered, was only a mezzanine, overlooking another floor below. But these shifting perspectives were not the showstopper. For where a wall should have faced us, at the far end of this concrete cathedral, there towered instead a window, stretching all the way across and up.

There it was, the iconic sloping vista I had avoided until now. There, in the pit of my throat—­the sudden drop, the return of those hills.

Richard called my name. I pried my fingers, knuckles white, from the balcony wall and turned to catch him disappear down a spiral staircase.

However unexpected this architectural drama, none of it surprised me. Instead, I was surprised by the lack of faces that now tilted upward to register my arrival, examine my appearance. Seven faces: two known, the rest perhaps familiar—­from the pages of a magazine, pixels, or parties, I could not say. Lillie was not among them. Lillie had not arrived. My hands trembled, my nerves thrummed, at this terrible realization.

I neatened my skirt, my hair, my bracelet. I followed Richard down.

Picking my way, I told myself to calm. I had spotted Jerry and Tommo, two old friends. They would look after me until Lillie arrived. Which had to be soon. Everything would be fine. The group of guests, sitting on couches at the center of the cavernous room, was surrounded by twice as many champagne-­bearers; I was simply early. Lillie would arrive, the house would fill with people, and everything would be fine.

My heels clanged the metal steps. I winced with each ringing note.

Three staff, solemn in head-­to-­toe black, awaited me at the bottom of the stairs: one with a tray of full flutes, one with a dish towel and frosty bottle, one to ask, “Champagne?” and hand me the stem.

Richard lifted a glass from the tray for himself.

“You’re drinking these days?” I asked, and took a mouthful. The fizz stung; the gulp was harsh. I blinked back the tears in my eyes.

He laughed, like the question had been ridiculous. “For a once-­in-­a-­lifetime occasion, darling, yes.”

I pursed my lips, but he could do whatever he wanted. Richard was no longer my responsibility.

As we neared the little gathering, the room fell silent. There were smiles both warm and empty—and, I noticed, a smatter of annoyance at my presence interrupting talk.

“So”—­I looked around the guests, at the staff lined up behind them—­“am I early?”

Jerry winked, approaching me for a kiss, and added, “Yeah, Rich, where are all your friends? Interstate bumper-­to-­bumper?”