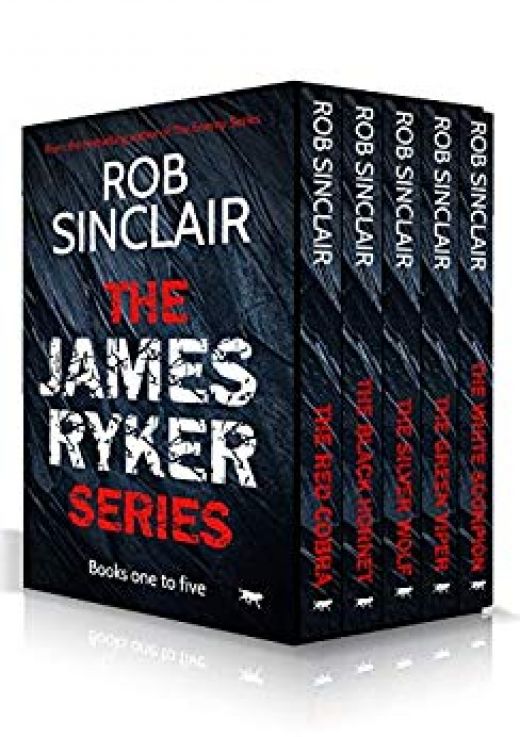 "If you are into espionage, thrillers and suspense then this is the author for you!"

"Brilliant from start to finish"

This great value boxset includes all five books in the internationally bestselling James Ryker series, including:

It's time to meet James Ryker

James Ryker thought he had started a new life away from the chaos and violence he couldn't have been more wrong.

It’s not long, however, before Ryker’s short-lived idyll is destroyed when he is tracked down by Peter Winter, his ex-boss at the JIA. Winter brings with him news of the murder of a woman in Spain, Kim Walker, whose fingerprints match those of one of Ryker’s former adversaries who’s been missing presumed dead for years - an infamous female assassin known as the Red Cobra.

What would you do if the love of your life vanished without a trace?

If you’re ex-intelligence agent James Ryker you search for the answers whatever the cost, however much blood and sacrifice it takes...

Ryker wants blood, and one way or another he’ll get it...

Still tormented by the disappearance of his wife, ex-intelligence agent James Ryker sets out on a personal mission of revenge, prepared to go to any lengths in search of the truth.

Ex-intelligence agent James Ryker receives a coded message through a secret drop point, a means of communication known only to him and one other person. The problem is, that person is his ex-boss, Mackie... and he’s already dead.

Rule number one for an agent of the secretive JIA is to follow orders, no matter what.

But James Ryker has never cared much for rules. He only wants to do what is right.

Assigned to join a crew of elite security personnel in Chabon, Africa, Ryker’s mission objective is clouded by politics and obfuscation, and he knows only that to protect British interests in the region, he is to infiltrate the close protection team of the government of Chabon, a country with a dark and violent past.

Rob Sinclair is also the best-selling author of The Enemy Series, Dark Fragments and The Sleeper 13 Series. The James Ryker series are fast-paced, globe-trotting thrillers full of breathless action. This boxset will appeal to fans readers of books like Mark Dawson's The Cleaner, James Swallow's Nomad and L.T. Ryan's Noble Beginnings, as well as to fans of authors like Lee Child and David Baldacci.