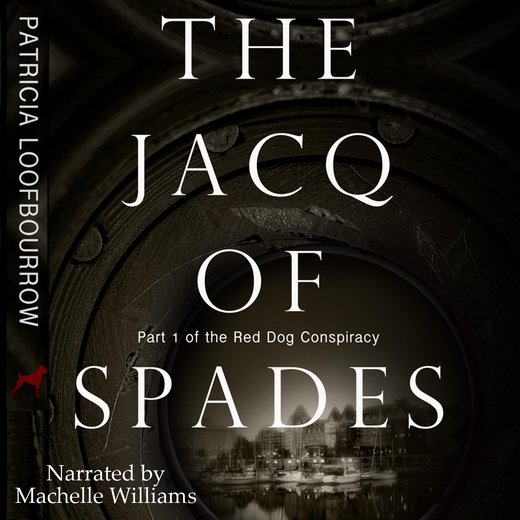 The Jacq of Spades

"... a story that is almost irresistible." SciFi and Scary

Can you ever truly hide from your past?

In a far future US, the once-beautiful domed neo-Victorian city of Bridges is now split between four crime families in an uneasy cease-fire. Social disparity increasing and its steam-driven infrastructure failing, a new faction is on the rise: the Red Dogs.

22 year old Jacqueline Spadros was kidnapped from her mother's brothel and sold to the Spadros syndicate ten years ago. The murder of her best friend Air that night as he tried to save her from them haunts her nightmares. Now unwillingly married to one of the city's biggest drug lords, she finds moments of freedom in a small-time private eye business, which she hides in fear of her sadistic father-in-law.

Air's little brother disappears off his back porch and the Red Dogs are framed for it. With the help of a mysterious gentleman investigator hired by the Red Dogs to learn the truth, Jacqui pushes her abilities to their limits in hope of rescuing the child before the kidnapper disposes of him.

What readers say about The Jacq of Spades:

"... a world of family intrigue combined with feuding households across the four quadrants of Bridges..." June Lorraine Roberts, Murder In Common

"This was the first steampunk book that I've read that I actually really loved." Gabby's Honest Book Reviews

"For rich pageantry and a complex culture navigated by a character who feels she’s balanced on the edge between the slums of the Pot and the extravagance of the families, The Jacq of Spades is a hands-down success." Margaret Fisk, Tales To Tide You Over

"... good read for anyone who likes mystery and suspense mixed with science fiction." The Beautyful Word

Lovers of Downton Abbey, Game of Thrones, Phillip Marlowe, or the Sherlock Holmes mysteries will enjoy this debut novel of the Red Dog Conspiracy series.

Welcome to the Family.