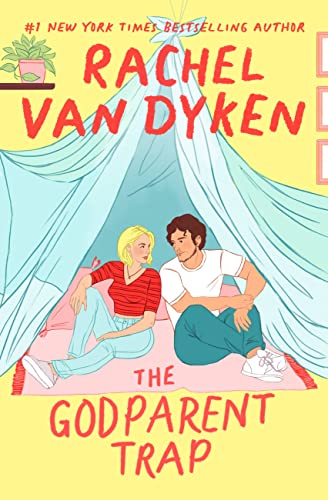 Life's Too Short meets The Unhoneymooners in this sparkling, steamy, and swoon-worthy novel from #1 New York Times bestselling author Rachel Van Dyken, in which two sworn enemies must share house, home—and maybe their hearts—when they become co-parents after a sudden loss.

Colby's living her best life: as a popular food blogger, she gets to fulfill her dreams of exploring the globe. But her world comes crashing down when a tragic accident leaves her co-guardian of her best friend's two adorable children. Not only does she need to put down roots—fast—but she'll be sharing custody with the one man she can't stand sharing a continent with, let alone a house.

Accountant-extraordinaire Rip values rules and plans. But when he loses his sister and his best friend and becomes an insta-guardian all in one night, Rip sees his organized life imploding. What he really doesn't need is his sister's irresponsible, flighty—albeit kind and gorgeous—best friend making it worse.

Rip doesn't trust Colby to take their new responsibilities seriously, while Colby can't believe Rip thinks children will thrive under his rigid control. Yet soon Rip and Colby discover they need each other more than they hate each other. Could it be possible that following their hearts is just what their new little family needs? 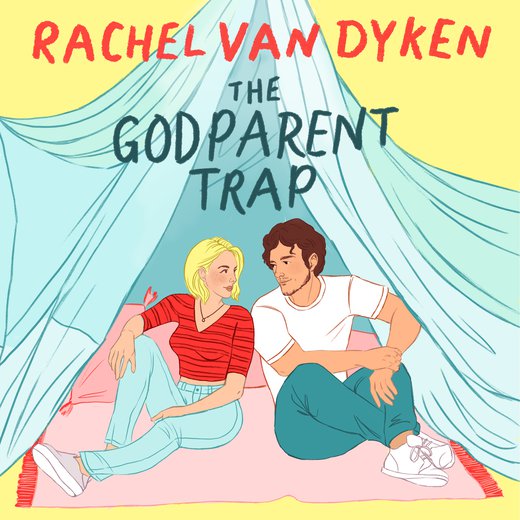 “Stop glaring at him like you want to set him on fire.” My best friend, Monica, nudged me with her elbow, causing my glass of champagne to splash all over the front of my dress.

My life, ladies and gentlemen.

I mean, if I didn’t have paint or a weird stain on my clothes, it was rare—as a fully functioning thirty-two-year-old you’d think I’d be all sleek lines, no student loan debt, designer purse, and a standing date to lunch with the girls.

I glanced around at the few remaining guests at my best friend’s house. At least I’d done something right. The night had been a success, even though I’d had to work with my least favorite person in the world to get it accomplished.

Rip had commented on more than one occasion as we plotted and planned this surprise party that I looked like a disaster waiting to happen. To my face, which really wasn’t fair since I worked from home, so whom did I need to impress? And when I wasn’t holed up on my couch, my laptop and a bag of takeout by my side, I was traveling to amazing resorts and sampling five-star restaurants for my travel blog. I had a life, and I lived it the way I wanted.

It wouldn’t matter if I were a senior partner at a law firm or running for president, though, because to Rip I would always be a massive disappointment, or at least that’s how he always made me feel, like someone who didn’t have a real job or any sort of direction in life post-college.

And anyway, who was he to judge? I mean, could he really be that happy being an accountant? Ironing his jeans and crunching numbers? The thought alone made me break out in a cold sweat.

Luckily for me, his opinion had never mattered. I liked the freedom that came with my job—I could work from anywhere, anytime I wanted. It didn’t tie me down to any place or any thing. And OK, sure, it didn’t necessarily make it easy for me to settle down like Monica, or any of my other friends from college who just so happened to have mortgages, pets, and a lawn, but I was OK with that. Mostly.

Monica let out a giggle next to me. “Still such a klutz.”

“Um…” I took a large gulp of what was left of my champagne and ignored the way Rip’s green eyes seemed to assess every part of my suddenly too-naked-feeling skin. Ugh, I knew I should have gone for something more turtlenecky. Instead I was in a sleek black number that made me wish I had leg warmers and a cardigan covering every inch of my exposed body. “You hit me, your fault.”

Her brown eyes lit up as she smirked at me. “Then maybe you should drink your champagne faster so you have enough liquid courage to walk up to Rip and tell him how you really feel without puking on his shoes.”

I nodded solemnly. “Good plan. I’ll just let him know I want to strangle him with my bare hands or take scissors to that perfect hair and clip the curl that refuses to straighten behind his ear.”

“Must you fixate on the curl again?” she teased. Her perfectly tanned skin glowed in the moonlight as her curly brown hair bounced at her shoulders.

I deflated, and for a tiny second, I wanted to bolt in the opposite direction. Her brother was my opposite in every way that mattered.

I was pale skinned with hair that wasn’t sure if it was blond or brown.

He had jet-black hair, light-green eyes, and, thanks to his naturally golden-tanned mama, the most gorgeous skin I’d ever seen up close in real life.

Monica draped an arm around me, and a fabulous new designer scent wafted between us. “Come on, he’s not that bad. He’s just… controlled.”

I snorted into my champagne and let the last drop fall on my tongue. “He told me I was the worst date he’d ever had—and then he proceeded to tell me that he’d been on a blind date with a girl who would randomly shout, ‘I want to have your babies’ like her ovaries had taken over her voice box and common sense.”

Monica’s red lips pressed into a line before she burst out laughing. “Yeah, that one was my fault. Met her at yoga, liked her purse, bad judgment call. I thought she was just… peppy.”

“Ya think?” I snorted and tried not to stare at his fit body in that black suit or the way he seemed to own the room without even trying.

Women found reasons to touch him.

And I wanted a reason to just dig my hands into his hair and mess it up.

“Building up courage?” Brooks, Monica’s husband, wrapped an arm around each of us and stared ahead at Rip. “Tell me again about the time you spilled wine on his crotch. It’s my favorite story.”