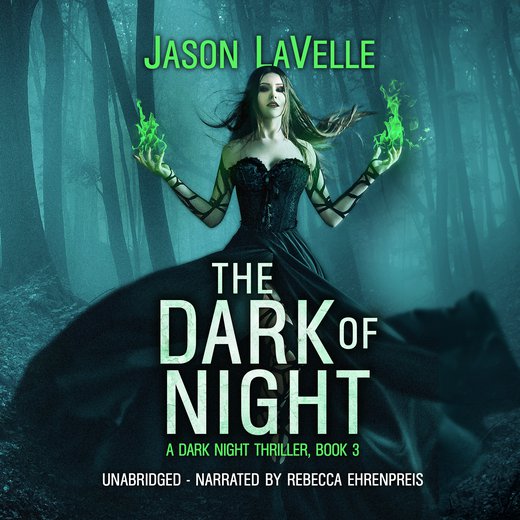 The Dark of Night

Emma Gilbert never imagined she'd have to battle an ancient evil, one whose powers and rage have been building for centuries.

Rabid Reader says, "Once again Jason LaVelle has written an intricate, creepy and yet thought provoking story that keeps you on the edge of your seat... The storyline captures your imagination and sends shivers down your spine...."

More than twenty years have passed since Karen Gilbert was stalked by a demon child intent on her death. Still, she can't escape from dark forces in this world. As her life draws near its end, her body ravaged by the same cancer that took her mother and grandmother before her, she's restricted to a hospital bed. With time running out, she must warn her daughter of the dark forces in the world, those she could never talk about before.

Emma Gilbert is as beautiful and headstrong as her mother, and she's just learned that she's about to be called into battle against an unimaginable evil that has stalked the earth for a millennium. She flounders under the weight of her newfound knowledge, and what it might mean for her life, but she cannot ignore her destiny. Forced into a supernatural confrontation, she discovers the daunting stakes should she fail—much more than her own life.

Jane Straugh says, "The minute I started reading this I was hooked and could not stop reading it. There was excitement from start to finish, lots of twists and turns...."

EVOLVED PUBLISHING PRESENTS the third book in the "A Dark Night Thriller" series. This supernatural thriller/horror novel will keep you at the edge of your seat in suspense.