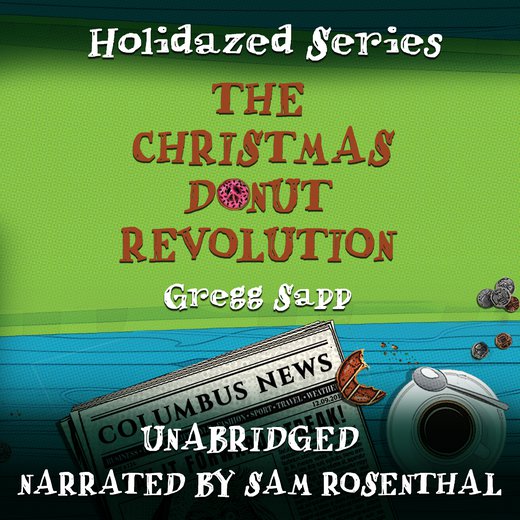 All Huck wants for Christmas is a revolution... and donuts. Vive la Revolution!

The American Revolution began with the Boston Tea Party. If Huck Carp has anything to do about it, the next people’s revolution will begin in the drive-thru of a sleepy donut shop in a working-class neighborhood of Columbus, Ohio.

The crew at the Drip ‘n’ Donuts shop don’t agree on many things, but they come together, each doing their parts to keep the streak alive. As word gets out through social media, people come from across the city to share in the holiday pay-it-forward phenomenon.

Forces are conspiring against them, however. First, a December blizzard is blowing into Columbus. Second, a jealous billionaire is determined to crush the Christmas Donut Revolution, and it will take only one person to ruin it for everybody.

EVOLVED PUBLISHING PRESENTS a satirical, down-right funny novel sure to keep a smile on your face.