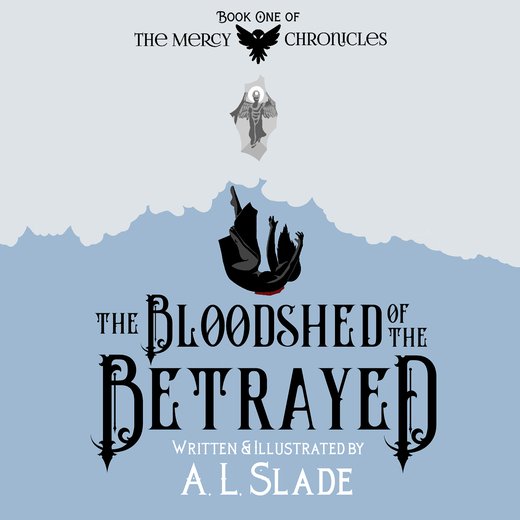 The Bloodshed Of The Betrayed

Unable to feel emotions, angels are God’s devoted soldiers, who are tasked with carrying out God’s will. One of which is to answer the question: can angels handle the gift of emotions without it interfering with their loyalty to God?

Angel Laramie is given emotions as a trial to decide once and for all if angels are ready to feel again. However, she soon becomes sidetracked by an infatuation with a human called Maggie, prompting her to neglect her orders and allow her mission to fail. She returns to her superiors in hopes of helping the human only to learn her feelings were a test. Her failure means her banishment to Earth until she fades away forever.

Magda Mercy is a twenty-three-year-old college student with dreams of becoming a doctor. Her life changes forever when her brother returns on leave from the military with devastating family news.

In exile, Laramie is confronted by Lucifer with a confounding revelation that changes everything Laramie has ever known as an angel. Lucifer presents an offer of eventual immortality in exchange for Laramie’s ceaseless fidelity. When Laramie declines, Lucifer lashes out by tormenting the innocent Maggie as punishment for Laramie’s refusal. Laramie must now do everything in her power to save Maggie and prevent Lucifer from realizing his goals, even if it means reaching oblivion sooner.