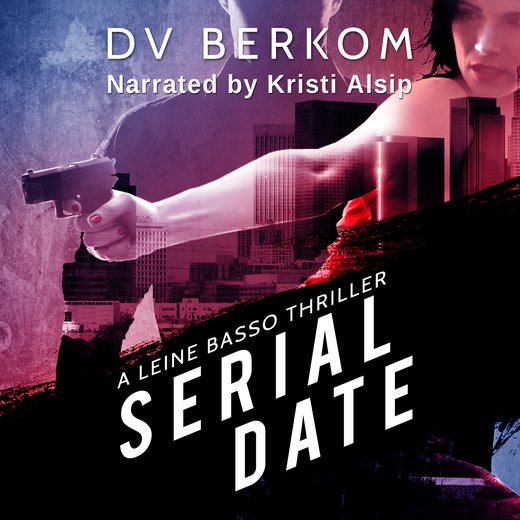 “Now this, this is what thrillers are made of: grit, spunk, no-nonsense and 100% unputdownability….Quite simply: Brilliant.” ~Cath ‘n’ Kindle Book Reviews

“If you like fast-paced action, great lead characters, and don’t mind a few F-bombs and the occasional gore, DV Berkom is the author for you…” ~Bloodwrites

“This book is without a doubt one of the most engaging, complex and enthralling mysteries that had me totally in its grip…”   ~Confessions of a Reader

What happens when a reality show turns deadly?

A former assassin is drawn into the twisted game of a serial killer who may be a grisly remnant from her past.

Determined to leave her old life behind, retired assassin Leine Basso accepts a job working security at one of television’s most popular reality shows, Serial Date. When a contestant is found dead in the prop closet, it appears the killer is one of the ‘bachelors’ on the show- an ex-con billed as a serial killer- but the detective in charge of the case isn’t so sure.

When Leine’s estranged daughter is abducted by a man claiming to be the real killer, she’s forced to rely on old skills to find her, and must come to terms with who she really is. She soon realizes the murderer may be a grisly remnant from her past and she’ll need to use all of her cunning to stop him…

…and rescue her daughter.