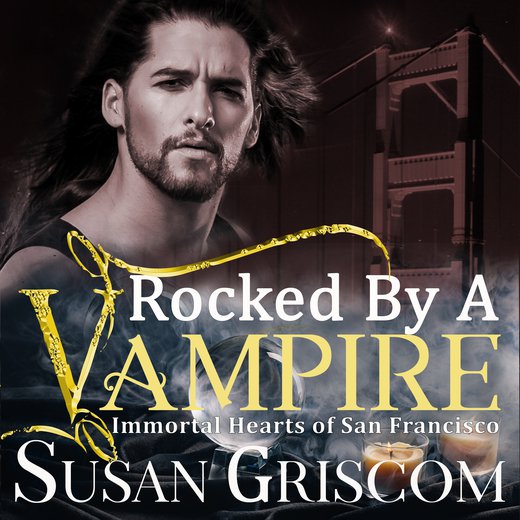 Rocked by a Vampire

The gripping next installment in the steamy Immortal Hearts of San Francisco series.

Lane DeMarco is a broken vampire plagued by a horrific past that makes intimacy and trust impossible. His passion for playing music is the only thing satisfying enough to curb his insanity...until Vanessa shakes his life up harder than the San Francisco earthquake. She’s smart, sexy, headstrong, and his desire for her could spiral out of control…except she is a witch. The same witch who once cast a nasty spell on him.

Vanessa Creamer inherited a powerful birthright, but traumatic events in her life have shattered her confidence. Though she hides it well, she struggles daily with self-doubt and denies her deepest longings for the one man she truly wants. Her attraction to Lane, with his sultry voice and bedroom eyes, proves irresistible. All her attempts to connect with him have failed and she fears his hatred of her is as powerful and intense as her desire for him.

Passion ignites between them as they struggle with deep-seated secrets that haunt them. Can the witch he distrusts tame the destructive demons that torment him? Or will their fervid desires send him deeper into the hell he’s been living in?