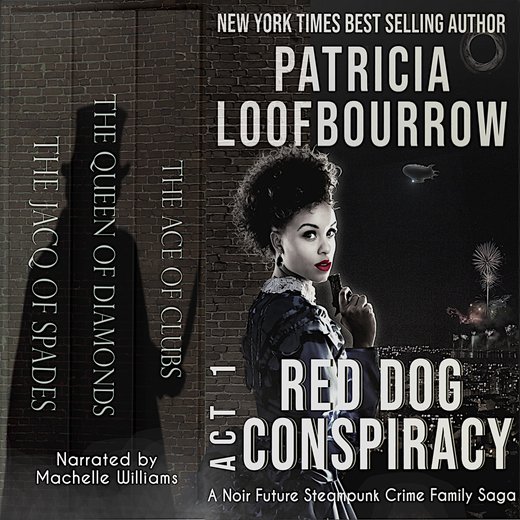 1899 years after the Catastrophe, Bridges is owned by the Mob.

The Red Dog Conspiracy follows the story of 22 year old small-time private eye Jacqueline Spadros beginning from her first major case: the missing little brother of her best friend, whose murder ten years before still haunts her nightmares. The only clue? A Red Dog Gang stamp across the alley from where the boy was last seen.

From the very first page, Jacqui is dragged into a web of lies, secrets, and betrayals which both endangers her life and the lives of those she loves.

This contains books 1-3 of a 13-part steampunk crime fiction series:

1. The Jacq of Spades

2. The Queen of Diamonds