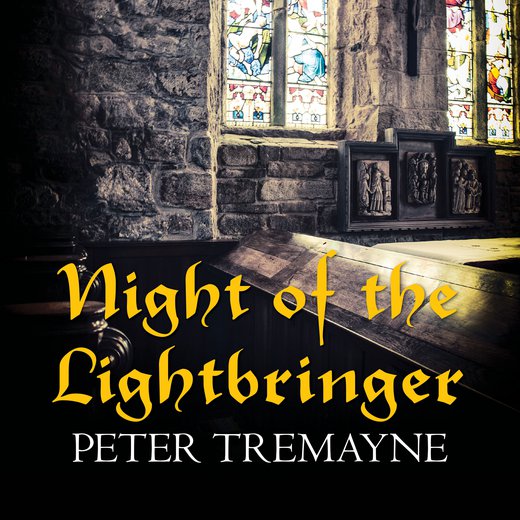 Night of the Lightbringer

A stranger murdered in a gruesome ritual. A prophetess foretelling the return of the ancient gods.

Sister Fidelma returns in the 28th gripping Celtic mystery by Peter Tremayne, acclaimed author of The Second Death and Penance of the Damned.

Ireland, AD 671. On the eve of the pagan feast of Samhain, Brother Edulf and the warrior, Aidan, discover a man murdered in an unlit pyre in the heart of Cashel. He has been dressed in the robes of a religieux and killed by the ritualistic 'three deaths'. When a strange woman known as Brancheó appears in a raven-feather cloak foretelling of ancient gods returning to exact revenge upon the mortal world, she is quickly branded a suspect. But in their search for the killer, Sister Fidelma and Eadulf will soon discover a darker shadow looming over the fortress. For their investigation is linked to a book stolen from the Papal Secret Archives which could destroy the New Faith in the Five Kingdoms...and Fidelma herself will come up against mortal danger before the case is unravelled.