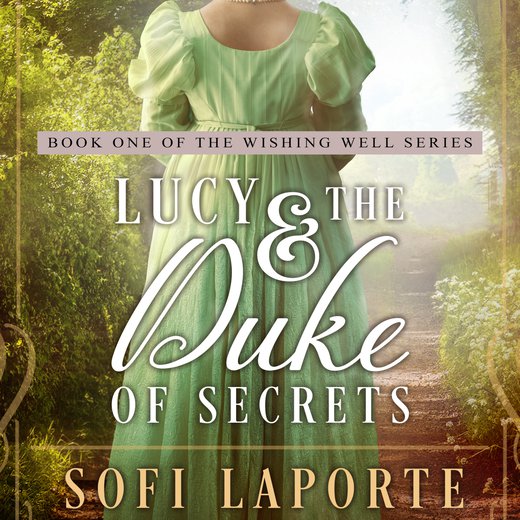 Lucy and the Duke of Secrets

A spirited young lady with a dream. A duke in disguise. A compromising situation.

Lucy Bell burns with determination. Convinced an arrogant aristocrat is to blame for her expulsion from her beloved school, the penniless girl sets out to visit her best friend to help her undo the catastrophe. But when a storm on the road leaves her in a compromising position with a handsome gardener, she is swept away by his gruff kindness.

Henry, Duke of Ashmore, lives and breathes duty. So, though he suspects he’ll regret it, he grudgingly offers the chatterbox with the bouncy curls a seat in his coach. But despite her attracting disasters, he somehow finds himself sharing his long-buried emotions with the disarmingly unconventional woman.

Shocked when her charming Henry is revealed to be the duke she thought she’d loathe, a floundering Lucy tries to gain his trust… but only manages to leave mayhem in her wake as she falls from one mishap into another. And Henry is mystified when he pledges to do the honourable thing, only to have the spirited mischief-maker give him a sound set-down.

When scandal strikes and her past finally catches up with her, Lucy faces an impossible dilemma. Will her love ruin those dearest to her heart?

For the Duke of Secrets is not the only one wearing a disguise.