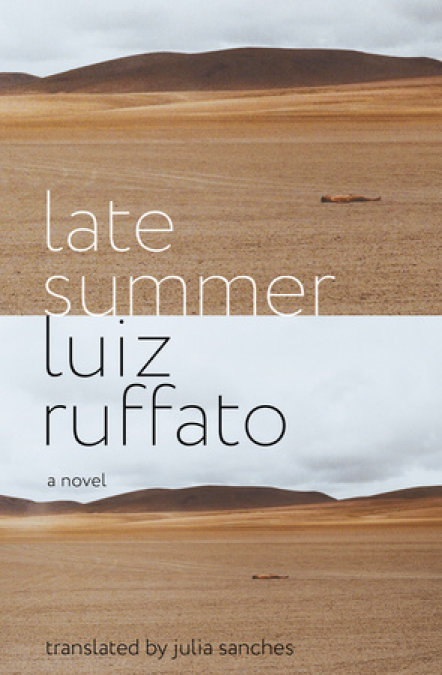 From one of Brazil’s most important living writers, a powerful reflection on the effects of isolation and feelings of inadequacy in our time.

Sick and abandoned by his wife and son, Oséias decides to go back to his hometown after twenty years away. During this time apart, he has heard about his family only through sporadic phone calls from his younger sister, Isabela. The shadow of the suicide of their sister Lígia, when she was fifteen, lingers over Oséias as he tries to reestablish contact with his siblings. Each of them is absorbed in their own world: Rosana and her obsession with fitness; Isabela and her struggle to survive; João Lúcio and his isolation. All of them are branded by loneliness, but most of all Oséias, who, misunderstood by his family members and old acquaintances, decides to put an end to his journey.

Late Summer can be read as both the realistic story of a displaced man tortured by his unsuccessful attempt to redeem his past, and as a portrait of contemporary society, in which social classes have ruptured any form of dialogue between them, and people have become rogue planets whose paths cross occasionally, risking mutual destruction.