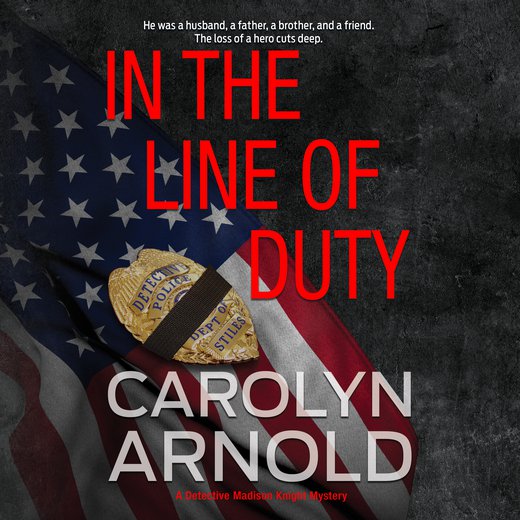 In the Line of Duty

“A roller-coaster ride of a plot with all manner of twists and turns.” –Midwest Book Review

Joni Weir kissed her husband goodbye just that morning, but she never figured it would be the last time she’d see him alive.

When the news hits that Officer Barry Weir was shot and killed in the line of duty, Detective Madison Knight and every cop in Stiles is itching for revenge. With evidence pointing to a drive-by shooting, the investigation takes Madison into the seedy underbelly of the city in the search for justice. But as she digs, the evidence only becomes more puzzling.

With emotions running high, Madison’s relationships are tested to their breaking point. Troy Matthews, her boyfriend and colleague, also Weir’s childhood friend, is cut deeply, and his grief drives a wedge between them. But she’s not going to let her own pain stop her from getting to the truth. Madison will push through—for Troy, but also for Weir’s wife and three young daughters—and figure out if Weir was murdered as part of a gang initiation, a straight-up hate crime, or a targeted kill. But with members of the Stiles PD possibly under attack, she has to do it fast. Before more officers pay with their lives.

Readers love In the Line of Duty:

“Fans of crime fiction will be moved and enthralled by In the Line of Duty, as much an action-packed mystery as it is a heartfelt tribute to police who give up their lives to protect others.” –Publishers Weekly