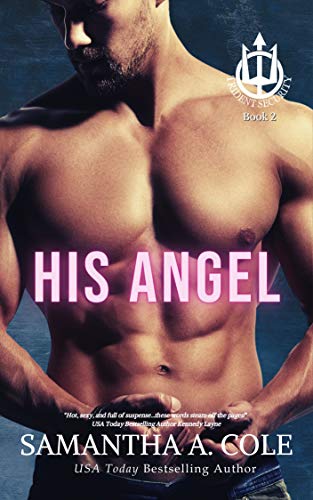 
Angie has been looking for Mr. Right, but all her dates have turned out to be Mr. Oh-so-wrong. Until she meets her new neighbor's boss—tall, dark, and deliciously dominant.

When trouble knocks on Angie's front door, she puts her life in Ian's hands. His security team is determined to keep her alive at all costs, but when the smoke clears, will Angie walk out of Ian's life forever?

**The books of the Trident Security series and its spinoffs can be read as standalones, however, for optimum enjoyment they are best read in order. 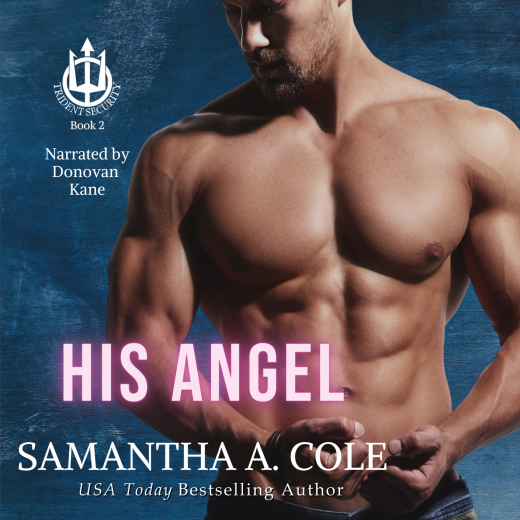 Ian took two steps across Brody’s living room toward the sliding glass door which led out to the patio and stopped. What the fuck was he doing? He was only supposed to swing by and pick up a file his employee had to leave at his house after getting a frantic call from a corporate client very early that morning. The geek had hopped into his truck and headed straight to Orlando after alerting Ian to the problem. One of the company’s own computer geeks had figured out a way to embezzle $800,000 from a corporate account. They needed Brody’s help to figure out how the guy did it, and how they could prevent it from happening again. So, Egghead was now near Disney World for at least another day or two, and Ian was standing in the guy’s living room. And he was trying to talk himself out of going out the back door to see if Angie was in her own backyard.

After Athos had told them what he wanted them to do, they got to work doing what they could to keep his best friend safe. They’d gotten lucky when she agreed to have her security system upgraded. Brody brought up the subject as subtly as he could while talking to her over their shared fence, and the woman took the bait. The next day, her new neighbor and Boomer installed their best system while telling her it was a normal setup for normal people who led normal lives and were probably not in any danger. Athos told them to spare no expense and gave them a credit card number to cover any cost differences from a basic unit. He had to let her pay something for the new installation, otherwise she’d be suspicious.

The teammates installed the whole system in one day. Then while Brody took Angie around the house and showed her all the neat features of it, Boomer took the time to install the last few things they didn’t want her to know about. He’d placed a few strategic audio bugs and remote cameras, then installed a tracking device on her phone, wallet, and car. He’d also managed to get a few of them inside several of her shoes which he’d found in her closet. Looking at how worn the soles were, he was able to pick the ones she seemed to wear the most. The flat discs were very small and he tried to put them where she or anyone else wouldn’t notice them. If she did find one, chances were slim she would know what it was.

Brody had also gotten friendlier with his new neighbor, not too friendly or Ian would’ve killed him, but enough so he found ways to check on her before and after work. Two days ago, he even invited her to join him for dinner on his patio and threw a couple of steaks on the grill for them. They wanted her comfortable enough with the geek in case anything ever went wrong. Athos had given them his handler’s number, and a backup pass-phrase Angie was aware of in the event they had to bypass the DEA altogether.

If Brody knew that for the past three weeks Ian had been watching the live footage of Angie walking around her house, he would have laughed at what a stalker his boss was being. The feed was being recorded on equipment in Trident’s war-room for security purposes, in case they needed to review it for any reason. But Ian hadn’t been able to help himself from bringing up the feeds on his computer a few times a day just to see her. None of the cameras were in her bathroom, and the cameras in her bedroom only faced the windows and door, thus giving her a small amount of privacy so he didn’t consider himself a stalker. He was a voyeur—what the difference was he wasn’t sure, but if someone asked, he was certain he could think of something.

With the file he needed in his hand, he was about to turn around and leave when movement outside one of the windows caught his eye, and he realized it was Angie on her own patio. Sighing and calling himself ten kinds of an idiot, he continued toward the sliding glass door, opened it, and stepped outside. He took one look toward her backyard and almost swallowed his tongue.

“Fuck,” he muttered to himself. She was standing with her head down, dressed in a navy, wrap-around cotton dress which stopped an inch above her knees. The V-neck, while conservative, showed some of her ample cleavage, which made him want to beg to see more. Her legs looked amazing and a pair of navy and white, polka-dot heels brought her height up three inches to about five-foot-eleven. He could imagine where the top of her head would come to if she was standing next to his own six-foot-three frame. Her blonde hair was down the way he liked it, and he longed to run his fingers through the gentle waves which gave the strands some volume. Her makeup was subtle, and her jewelry, understated. All combined, it was one tempting, little package making his mouth water.

It took him a moment to notice she was on her cell phone, and he heard her say, “No, really. It’s all right. These things happen.” She paused to listen to whoever was on the other end of the call. “Yes. That’s fine. Call me if you want to reschedule, and I’ll think about it. Bye.”

Ian realized she hadn’t known he was there until her pretty, green eyes met his and widened a bit before she gave him a shy smile and a little wave. “Hi, Ian.” He was surprised she remembered his name since, as far as he knew, she’d only heard it the first time they’d met, and he craved to hear her say it again. He’d never thought hearing his name being verbalized could be a turn-on, but that was before he heard it fall from her plump, red lips.

“Hey, Angie.” He took a few steps toward the fence and was pleased when she did the same. “You look very nice tonight. Going somewhere?” He figured from her conversation that her plans had been canceled, but he was curious as to what they had been in the first place.

She shrugged, although she didn’t look too disappointed her plans had changed. “I was supposed to go on a date, but he canceled at the last minute.”

“Must have been a blind date.”

Giving him a curious look, Angie tilted her head. “It was, but how did you know?”

His blue eyes grew darker as his gaze covered her from head to toe and back up again. “Because if he knew how exquisite you look right now, he never would’ve canceled. He’d be thinking of how he could end the night with you in his bed.”

A blush stained her cheeks, and after a moment, she tore her eyes away from his, gesturing with her head toward her backdoor. “Well, his loss, I guess. I’ll just go change into a pair of sweats, pig out on a container of Ben & Jerry’s, and find some old movie to watch.”

“Or, you could let me take you out to dinner.” What the hell had made him say that? Oh, yeah, the little head in his pants did. Glancing down, he was happy to see his khakis were loose enough to cover his semi-hard-on. He was also dressed nice enough, with his black polo shirt and loafers, to take her to dinner—if she said yes, of course.

She was still blushing and the pinkness was not only on her cheeks, but her upper chest as well. He wondered if it was the same color as her nipples, and the thought made his dick twitch.

“You don’t have to do that. I’m sure you have other plans,” she told him.

“One thing you should know about me, Angie, I never say things I don’t mean, and I don’t do anything I don’t want to do. I just order one of my employees to do it for me.” She smiled as he’d intended. “I’d like to take you to dinner, if you’d let me.” He tried to keep the desire he knew was in his eyes to a minimum. If she knew how much he wanted to strip her naked, tie her to his bed, and do nasty, erotic things to every inch of her body, she’d run from the yard, screaming.

Her expression was more eager than shy, and he liked the combination. “Well, since I’m already dressed, and I think I’m running a little low on the Ben & Jerry’s . . . yes, I’d like to go out to dinner with you. But this isn’t a date.” At his raised eyebrow, she added, “I mean, it’s not like this was planned, so we’ll go Dutch.”

Shaking his head, he smiled at her. “Uh-uh. I asked you to dinner, and it’s my treat. I’m not expecting anything in return, Angie, just the pleasure of your company for the evening. And maybe a goodnight kiss, if you decide you had a good time.”

Now why did he tack on that last sentence? He was about to give himself a mental ass-kicking when she beamed at him. “We’ll see.” She turned toward her door as his heart beat a little faster. “Let me grab my purse and I’ll meet you out front.”