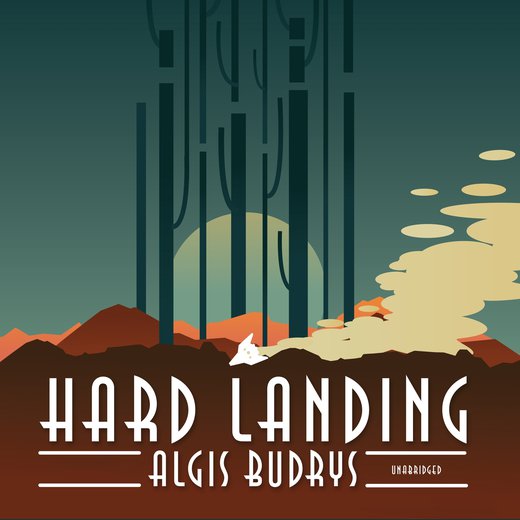 A science fiction adventure told from the point of view of aliens who crash-land on Earth and must assimilate in secret — until their human cover is blown.

Budrys's final novel opens with the report of a man found electrocuted on suburban train tracks in Shoreview, Illinois. Neville Sealman appeared to be just another commuter, but after his tragic death, no one comes forward to claim his body. And a routine autopsy reveals some disturbing physiological anomalies. Then a spaceship is unearthed in a New Jersey swamp. It's the stuff of tabloids — except it's all true.

Years earlier, a starship crash-landed on Earth. Its passengers, human in appearance, were forced to go their separate ways in an alien world. No one knows that these otherworldly visitors have been living among the human race — but now their cover could be blown.

Told in the form of an investigation reconstructed through direct and indirect witness testimony, Hard Landing takes the listener into the minds of its four protagonists as they struggle with the far-reaching ramifications of discovery. This is a suspenseful and revelatory novel about the elusive, ever-changing nature of identity.