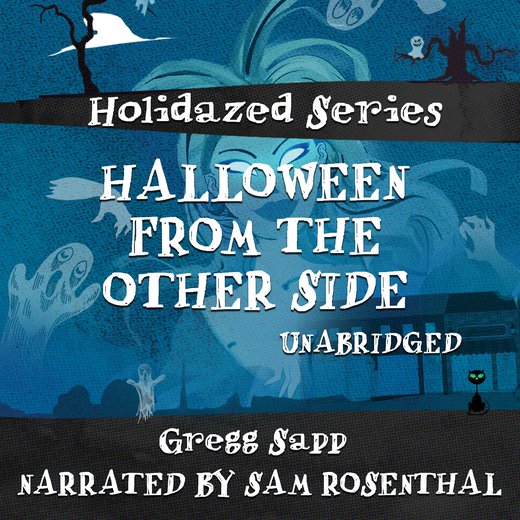 Halloween from the Other Side

Delphyne Shadow is Solomon's ex-girlfriend from hell—literally. At Halloween, she returns for his soul.

Back in 1979, when Solomon Zuch and Delphyne Shea were in high school, they shared an intense, romantic liaison on Halloween night. It became one of Solomon's most treasured memories.

Twenty years later, Solomon is the married manager of The All Hallows' Eve Shoppe, a pop-up store that reopens every year to sell Halloween supplies to customers in north Columbus, Ohio. Delphyne Shadow, as she is now popularly known, calls herself the Madonna of the Underworld, and every year she hosts the most infamous Halloween party in town, The Nightmare Bash.

At the end of the millennium, Delphyne plans the most outrageous Nightmare Bash ever. Unexpectedly, she comes back into Solomon's life, making a "business proposition" too good to be true – together, they will co-host the Nightmare Bash, right inside The All Hallows' Eve Shoppe.

But Regina, Solomon's wife, a psychic healer, knows that Delphyne has hidden motives. Only she can protect Solomon from his former lover's sinister plan to steal his soul… if her powers are strong enough.

EVOLVED PUBLISHING PRESENTS a satirical, down-right funny novel sure to keep a smile on your face.