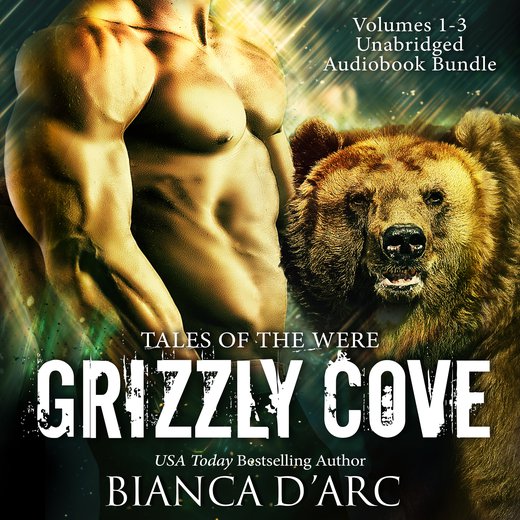 The first three Grizzly Cove stories in one place!

Welcome to Grizzly Cove, where bear shifters can be who they are - if the creatures of the deep will just leave them be. Wild magic, unexpected allies, a conflagration of sorcery and shifter magic the likes of which has not been seen in centuries... That's what awaits the peaceful town of Grizzly Cove. That, and love. Lots and lots of love.

All About the Bear - Welcome to Grizzly Cove, where the sheriff has more than the peace to protect. The proprietor of the new bakery in town is clueless about the dual nature of her nearest neighbors, but not for long. It'll be up to Sheriff Brody to clue her in and convince her to stay calm - and in his bed - for the next fifty years or so.

Mating Dance - Tom, Grizzly Cove's only lawyer, is also a badass grizzly bear, but he's met his match in Ashley, the woman he just can't get out of his mind. She's got a dark secret, that only he knows. When ugliness from her past tracks her to her new home, can Tom protect the woman he is fast coming to believe is his mate?

Night Shift - Sheriff's Deputy Zak is one of the few black bear shifters in a colony of grizzlies. When his job takes him into closer proximity to the lovely Tina, though, he finds he can't resist her. Could it be he's finally found his mate? And when adversity strikes, will she turn to him, or run into the night? Zak will do all he can to make sure she chooses him.