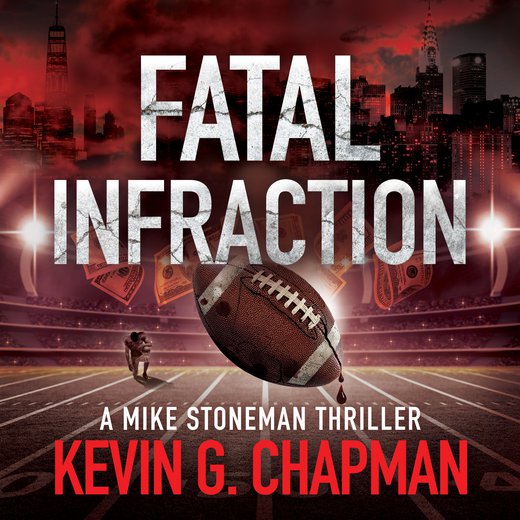 He took a knee for social justice. Now he's dead. Controversial quarterback Jimmy Rydell’s body was found naked – on the Central Park carousel. Who killed him? How did he get there two days after he disappeared? . . . And why was the body frozen?

Jimmy’s team just wants to move on, after collecting on the $20 million insurance policy. Jimmy’s teammate – the one who threatened to kill him – swears he wasn’t there. Jimmy’s bodyguard says he had the night off. Was Jimmy the victim of a racist attack? Or was he collateral damage in a mob-financed point-shaving scheme? The investigation may split the team apart. The controversy threatens to tear the city apart. NYPD homicide detectives Mike Stoneman and Jason Dickson need to close the case quickly, without committing a Fatal Infraction.

Don’t miss the next installment in the Mike Stoneman Thriller series!