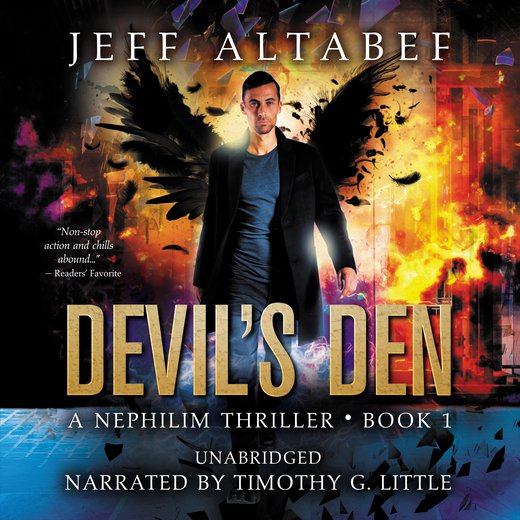 My name is Steven Cabbott, and I’m a former spy with a dark past. I’m trying to change, but some habits stick with you, and killing is one of those habits.

I’ve recently started seeing demons and have even had to fight a few. I suspect it has something to do with my bat-shit crazy mother. She killed my father when I was young, claiming he was a demon. I figured she was nuts. Now I’m not so certain.

I’ve returned home to uncover the truth about my past, when my old flame, Kate, asks for my help. I haven’t heard from her in sixteen years, but I owe her. A mysterious cult has kidnapped her teenaged daughter, and I’m the only chance she has to get her back.

What seems like a simple case turns into a much larger fight between light and darkness. It appears that both heaven and hell want to use my services, which forces me into a rather difficult choice. To make matters worse, a fallen angel wants an unhealthy romantic relationship with me and just won’t take no for an answer. Or at least that’s what I think, but to be fair, I only have a tentative grasp on reality at the moment.

EVOLVED PUBLISHING PRESENTS an intriguing, thrilling look inside a great battle between good and evil, possibly leading to the End of Days, with the first book in the award-winning “A Nephilim Thriller” series. [DRM-Free]