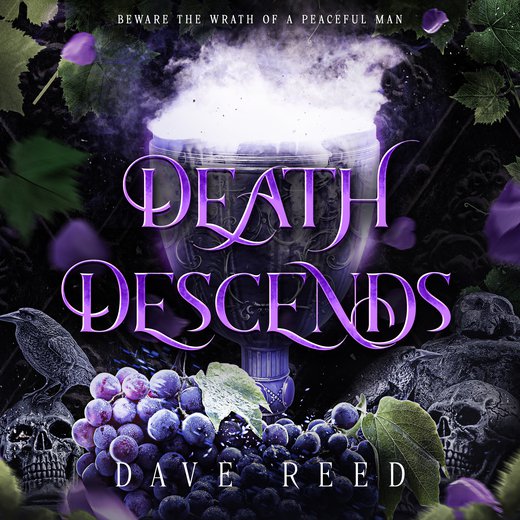 The three demon lords of the underworld took my wife and unborn child before their time. This will not stand.

Eight thousand years before the rise of the Raven Queen and the second breaking of the world, a simple vintner defies gods and demons alike on his trek into the underworld to reclaim the family that was stolen from him. Armed with nothing but his steadfast love and his skills at growing grapes and making wine, Z'nnek confronts the terrors in the dark beneath the world.

Death Descends is a prequel to the Temple of Vengeance quadrilogy and also stands alone as an independent novella in the realm of Godforge.