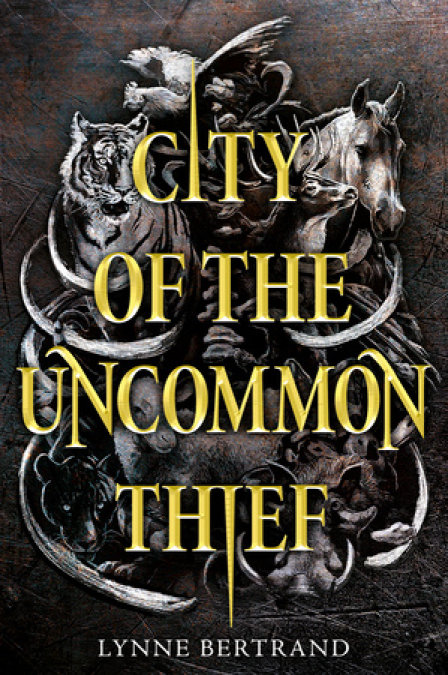 A dark and intricate fantasy for readers of The Book of Dust and Leigh Bardugo. City of the Uncommon Thief is the story of a quarantined city gripped by fear and of the war that can free it.

"Guilders work. Foundlings scrub the bogs. Needles bind. Swords tear. And men leave. There is nothing uncommon in this city. I hope Errol Thebes is dead. We both know he is safer that way."

In a walled city of a mile-high iron guild towers, many things are common knowledge: No book in any of the city's libraries reveals its place on a calendar or a map. No living beasts can be found within the city's walls. And no good comes to the guilder or foundling who trespasses too far from their labors. Even on the tower rooftops, where Errol Thebes and the rest of the city's teenagers pass a few short years under an open sky, no one truly believes anything uncommon is possible within the city walls. But one guildmaster has broken tradition to protect her child, and as a result the whole city faces an uncommon threat: a pair of black iron spikes that have the power of both sword and needle on the rib cages of men have gone missing, but the mayhem they cause rises everywhere. If the spikes not found and contained, no wall will be high enough to protect the city--or the world beyond it. And Errol Thebes? He's not dead and he's certainly not safe. 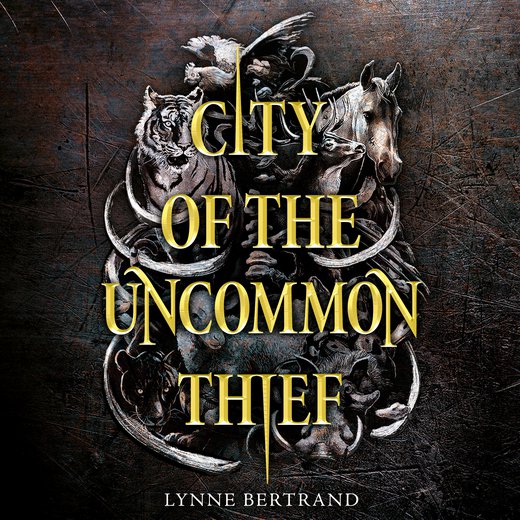 It was past dawn, with a gray sun leaking through the vents of my travel tent. Talwyn Thebes was always the first of us, up and out for the rising of the sun and the singing. I came out of my tent to listen. There was only the wind. I sat on the cold roof and spoke through Errol’s tent flap. I asked him, yawning, whether the roofs had already sung, whether Fremantle had come for the iron spikes. How had I missed it? I could smell Bamako’s cook burning our breakfasts, I said, and we ought to get up and have pokerounce before it was charred beyond recognition. I slapped his tent with the back of my hand. “Hey. Are you up?”

From behind me Errol called my name. He was standing at the north edge of Bamako, staring over the abyss toward Thebes. I rose to repeat with some agitation everything I had wasted my breath saying to his tent flap, but an unsettling sight caught my eye. A book lay open on the edge of Thebes’s roof, thirty yards from us, its bone--colored pages fanned open, blowing one way, then the other.

“Aren’t you going to get that before it—-” As I spoke, a gust of wind swept the book off the tower. The book rolled over and over in its plummet to earth. It was Ovid.

Like a man waking to consciousness, I took in the rest slowly. The plank to Thebes was half gone, where Errol and I had sat last night. It jutted from the edge of Bamako but came to a burned end half across the abyss. Smoke and flames billowed from heaps of rubble on Thebes’s otherwise empty roof. I spun around. All the other guilds were in place: Gamin House, Perlew, Phrygia, Catalhoyuk. Runners had gathered at those edges.

“Fremantle, right?” I said. “What, they removed everything from our roof and set fire to our trash?”

It was worse. The yurt had collapsed, its scalloped edge flapped in the ashes of a fire. Our oak table, our lines, our seventeen tents that we each had made with our own hands, Ping’s kitchen, our guild banners, our trunks, the massive black--iron cookstove, the bog stalls, our food, our rain barrels, even our flies and the buckets of caput mortuum were burning in that rubble. What fool would burn food in a quarantined city?

“No one sang,” I said stupidly.

The runners of Thebes had come up behind us. Grid pointed. Xerxes, the massive iron crow that had hung from a chain on the yardarm at the top of our mast, had been cut loose and dropped on his back on the fire heap. As we watched, his wings drew back in the heat, and his head twisted toward us, as if to seek from us some answer. Errol rubbed his hand over his face.

“Are you crying?” I said, fear gripping my innards.

I was relieved beyond measure to hear someone sucking his teeth.

Marek opened his mouth as if to say something but stopped himself. In the end, “I suggest we order out,” he said. “Ping, send word to Derbent for dinner. Talwyn, ask our good friend the roof master Itsaso Bamako for a crossbow. Hello?Talwyn? Are you with me? Grid, check Seppo’s ribs. Odd, find a quill. We have lists to make.” And then to himself he said, “Tidy. Did I not say, ‘tidy’?”

When Talwyn returned with a bow and bolt, Marek knotted a fly to the bolt and shot it hard into the mast on Thebes. He crossed, hand over hand on the line, to what was left of our roof. We followed. We rummaged through the ashes. We stomped out the small fires, threw soot--blackened pots and silverware where the kitchen had been, and marked our old tent sites so we could toss Talwyn’s blackened flute, Ping’s ruined apron, and the charred remains of game pieces, soup bowls, and tent stakes into their rightful places.

Two runners from Lascaux arrived on Marek’s temporary line, bringing with them a pack heavy with the tools of their guild. They would supervise the splicing, worming, and serving of new lines, restoring Thebes’s connections to its neighboring towers and the rest of the city.

We were heaving the stove back toward what used to be our roof kitchen, lifting and dragging, when I looked back at the fire and saw Errol. He had wrapped his hands in his tunic and was pulling the iron bird from the blaze.

I went over to him. “We need your help.”

He could have meant that it would take us forever to restore the roof to our home. But he didn’t mean that. There was something to fear in that dawn and we both knew it. I was afraid even to know what it was.