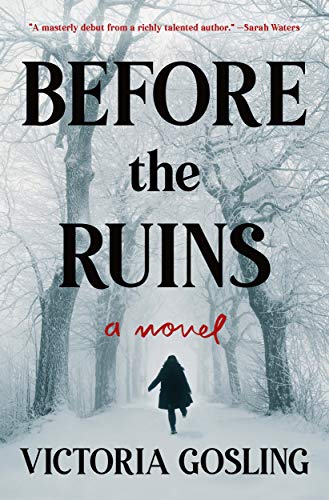 Victoria Gosling's Before the Ruins is a gripping, multilayered debut in the tradition of Paula Hawkins and Tana French about four friends, an abandoned manor, and one fateful night that will follow them for the rest of their lives

That summer, there were four of them, all on the cusp of adulthood: Andy, her boyfriend Marcus, her best friend Peter, and Em, whiling away the hours in a deserted manor house with a rich, sordid history. Sorely without the ambition and opportunities that her friends have always counted on, Andy finds herself terrified of a future that will take them all down very different paths. Her newfound fears make her reckless, resulting in increasingly destructive behavior. Then David shows up. Magnetic, worldly, and on the run from the police, David presents an irresistible lure for both Andy and Peter, pitting the two lifelong friends against each other for the first time. When the group learns that a diamond necklace, stolen fifty years ago, might still be somewhere on the manor grounds, the Game—half treasure hunt, half friendly deception—begins. But the Game becomes much bigger than the necklace, growing to encompass years of secrets, lies, and, ultimately, one terrible betrayal.

Decades later, Andy and Peter struggle to maintain their friendship, meeting only to drink to the past and trying not to talk about what happened at the manor. But when Peter goes missing, Andy is thrust back to that summer—with all of its frantic energy, yearning, and loss—and the mysteries that still haven’t been solved. 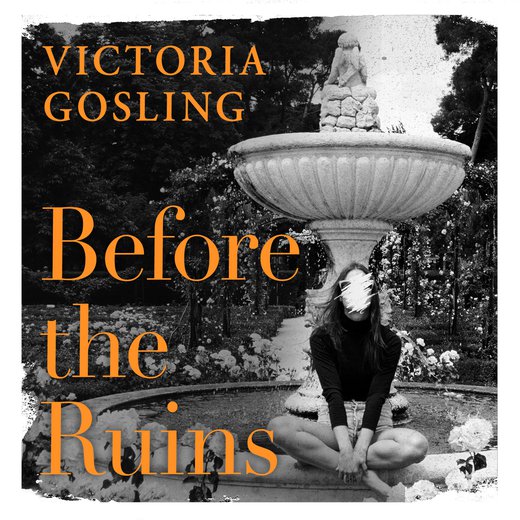 
The year Peter went missing was the year of the floods. I was on my way home from a meeting in Paris when the call came. It was a Wednesday, late April, and as the train hurtled toward London night was coming on. The heavy clouds were darkest blue and great pools of water lay in the fields like molten silver. I was on my laptop, reading about the latest in a series of leaked financial papers. When I glanced up, the last light slipped away, and my reflection coalesced upon the window as though the darkness was developing fluid.

My phone rang and I rooted violently for it in my handbag, alive with panic, as though I was secretly, desperately hoping for a momentous and life-changing call from someone who would ring only once and withhold their number. In my wildest dreams, I would not have guessed Peter’s mother would be the caller.

“Yes, it’s me. How are you?” Had the vicar died? A quick, stabbing pain, deeper than I would have expected.

“We’re both well, dear. You sound … a bit different.” Thinking about it later, I would realize she meant posher. “Peter says you’re doing very well.”

Her voice was trembly. She had always been old, even when we were small. Her eyes were a pale china blue. When I used to knock at the vicarage door, her mouth would purse in disappointment as though she’d been expecting a boy, not a girl, but a nice boy called Rufus or Hugo from a nice home. But there I was with my crew cut and pink plastic earrings, smiling the gap-toothed smile of a master criminal and inviting Peter to throw sticks in the stream, by which I meant trapping a slowworm and posting it through Mrs. East’s letterbox because I’d heard my mother call her a witch. We were always up to something or other. I had a weakness for games, a trait I shared with Peter.

“It’s Peter, dear, I’m worried about him. We haven’t heard from him. Not this past month. Have you spoken to him?”

“I’m afraid I haven’t, Mrs. White.” I imagined her standing in the vicarage front room, staring out toward the yew hedge, the vicar beside her with a crocheted blanket draped over his knees. It seemed wrong, talking to her on an iPhone. She came from a generation that knew rationing and hand-cranked their cars and had uncles who’d died in the trenches. A time of myth, it seemed now, like that of Arthur and his knights.

“It’s been four Sundays now. He always calls us on Sundays after Evensong. I’ve tried calling him but I just get the recording.”

I hesitated. My instinct was to cover for him, only I didn’t know what I was covering for. It had been my birthday, my thirty-eighth, the previous week. Usually Peter remembered and sent a text, but not this time.

“I don’t see Peter very often. We sort of move in different circles. And work is always so busy. I mean mine and Peter’s. Have you tried calling him there? Or his other friends?”

“He told us he changed jobs. I thought I wrote the name of the company down but I can’t find it. It was a foreign name, or names, a sort of string of foreign names. And he hasn’t brought anyone home in … well, in quite a while.”

No, it was unlikely that Peter would have brought anyone home.

“You were always such good friends. You and Peter. And Marcus and Emma, of course. But you and Peter were friends first. I know he always thought of you as his best friend, even after,” she paused, “everything that happened.”

Everything that happened. Peter had wanted to talk about it at the wedding, the wedding I invited him to and after which he’d disappeared, if only from Patricia.

“Have you tried googling him, I mean for his work number?”

After we hung up, I stared out the window. The train carriage was quiet. We raced past a string of streetlamps on an overpass, lights blurring so the night was stitched with golden thread. I wondered why I’d agreed. It might have been her calling me Andy. For well over a decade, Peter’s mother was pretty much the only person to call me by my full name. But I have been Andrea, or frequently Ms. Carter, for many years now.

Then there was the fact that she had always loved Peter, fervently, protectively; when he was sixteen she was still cutting the crusts off his crab paste sandwiches, unaware that he’d been throwing them to the jackdaws in the graveyard since he was seven and buying chocolate bars for lunch with money he’d come by via the vicar’s trouser pockets. Yes, Patricia loved Peter, and yet I don’t know if she ever really knew him. She and the vicar had had some fairly clear ideas about who he should be, and in the end I think he consented to play pretend with them, to give them what they wanted, which meant, I suppose, that he loved them too.

At King’s Cross I made my way underground. There, the walls were papered with moving, glowing dreams. Descending on the escalators to the Victoria Line, I found myself thinking that if ads were really dreams, the preoccupations of the unconscious, then all we wanted to be was sexy. Because they all said sexy—the women coy, or inviting, or half-naked, the men white of tooth and thick of mane—so that must be what we were buying. Not good, or kind, or honorable, the qualities the vicar had once struggled to impress on us, just sexy.