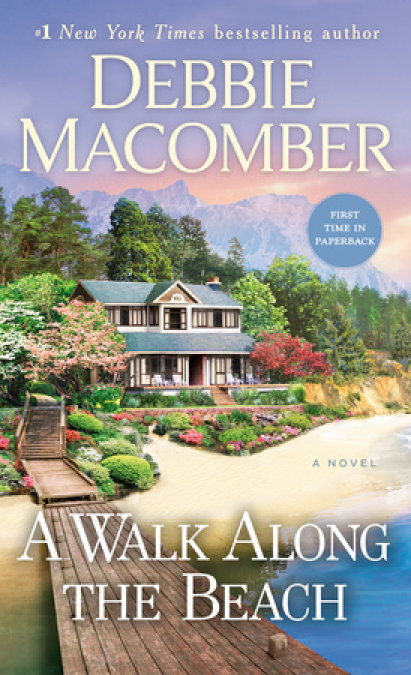 NEW YORK TIMES BESTSELLER • Two sisters must learn from each other's strengths and trust in the redeeming power of love in a touching new novel from #1 New York Times bestselling author Debbie Macomber.

The Lakey sisters are perfect opposites. After their mother died and their father was lost in grief, Willa had no choice but to raise her sister, Harper, and their brother, Lucas. Then, as an adult, she put her own life on hold to nurse Harper through a terrifying illness. Now that Harper is better and the sisters are living as roommates, Willa has realized her dream of running her own bakery and coffee shop, bringing her special brand of caretaking to the whole Oceanside community.

Harper, on the other hand, is always on the go. Overcoming a terrible illness has given her a new lease on life, and she does not intend to waste it. When Harper announces her plan to summit Mount Rainier, Willa fears she may be pushing herself too far. Harper, for her part, urges Willa to stop worrying and do something outside of her comfort zone—like taking a chance on love with a handsome new customer.

Sean O'Malley is as charming as he is intriguing—a freelance photographer whose assignments take him to the ends of the earth. Soon Willa's falling for him in a way that is both exciting and terrifying. But life has taught Willa to hedge her bets, and she wonders whether the potential heartache is worth the risk.

Life has more challenges in store for them all. But both sisters will discover that even in the darkest moments, family is everything. 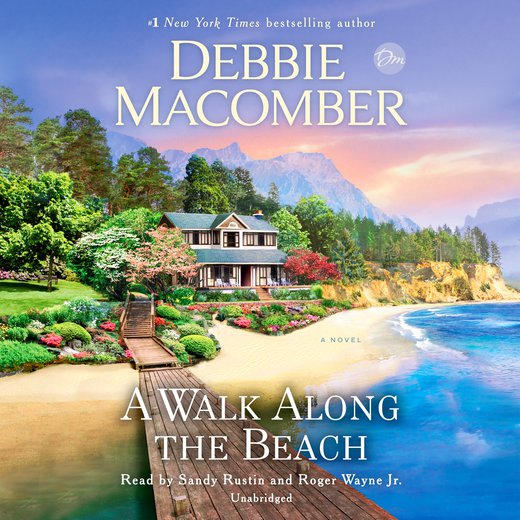 “He’s cute.” My sister Harper stage-whispered when I joined her at the table in Bean There, my small coffee shop in Oceanside along the Washington coast. I knew exactly who she was talking about and refused to look. I really shouldn’t pay him any mind. I shouldn’t look. Shouldn’t look.

“Who?” I asked, doing my best to hide my interest. I’d noticed the tall, lean man with sandy-colored hair who stood at the counter with regularity. My sister was right. He was cute. Not the drop-dead gorgeous of a cover model, though. His appeal was subtle, understated. His hair fell haphazardly across his forehead and his blue eyes were warm. Some days they were a deeper shade than others, depending on what he wore. He had a small cleft in his chin with a single dimple on the right side of his cheek. I knew his first name was Sean for the simple reason I’d written his name across the cup. He’d corrected me the first time he ordered when I spelled it S-h-a-w-n and explained it was spelled with an e.

“Don’t be coy, Willa. You know exactly who I mean. That man is gorgeous. Admit it.”

Shrugging, I acted disinterested. “If you say so.”

“Does he stop by often?” Harper leaned forward, as if to get a better look.

My sister was an outrageous flirt. She always had been, although her relationships never seemed to last more than a few weeks. She was the outgoing one in the family, while I was the introvert, the shy, retiring one. Harper taught yoga classes at the Oceanside Fitness Center two blocks over from my coffee shop. She was their most popular instructor, and with good reason. Everything was fun with Harper, even exercise, and that was saying something.

“What’s his name?” she pressed, unwilling to drop the subject.

Normally I would suggest she introduce herself, and she would make sure she did. For my own selfish reasons, I didn’t. I knew that within minutes they would likely be involved in a friendly conversation. That was Harper. She was blond, beautiful, physically fit, and the kind of friend everyone hopes to find. It rarely took more than the fluttering of her stunning blue eyes for a man to be captivated and fall under her spell.

“Sean,” I answered, and immediately felt guilty. It wasn’t like I had a claim on him or that he’d be interested in me. We’d shared only a few brief exchanges. His smile was warm and engaging. I hesitated for more reason than my own interest. I knew if Harper went for him the relationship wouldn’t last. None ever did with her, and I didn’t want to see him hurt. He seemed the sensitive type. Oh heavens, what did I know? I was being ridiculous.

“You should introduce yourself,” I suggested, swallowing back my reluctance. I was being self-seeking and judgmental.

Harper’s lovely face broke into a huge smile and she shook her head. “Not happening.”

“This one is for you, Willa,” she said with a playful wink.

I opened my mouth to protest and the words stumbled over the end of my tongue, twisting around in my head before I could admit or deny my interest.

“Excuse me,” Sean said, speaking to Alice, the high school girl I had recently hired. “I believe this is a macchiato instead of an Americano.”

Alice glanced nervously toward me. As a new hire, she worried about making mistakes. “I thought . . . ​I heard you say you wanted a macchiato.”

“Go,” Harper urged, nudging me with her elbow. “You don’t want a dissatisfied customer.”

Scooting back my chair, I walked to the front of the shop. “It’s all right, Alice,” I told the teenager. I probably shouldn’t have left her alone at the counter, as this was only her third day on the job.

Looking to Sean, I avoided eye contact for fear he’d overhead my conversation with my sister. “I apologize for the mistake. Do you want your usual Americano with room for cream?”

“I made fresh cinnamon rolls this morning. Would you like one? It’s on the house.” I worked hard to keep my customers happy.

He glanced at the display case, considered the offer for a few seconds, and then reluctantly shook his head. “Not today. Perhaps another time.”

“Sure thing,” I said as I went about preparing his drink. As soon as I finished, I handed him the cup.

Sean added the cream, adjusted the lid, and then started for the door when Harper stopped him. “Hi,” she said, beaming him a smile that was guaranteed to charm Scrooge. “Do you have time to join my sister and me?”

Walking three paces behind Sean, I frantically waved my hands at Harper, silently demanding that she stop. I knew what she was doing, and I wanted no part of her playing matchmaker between Sean and me.

“I’m sure Sean has better things to do,” I said quickly. “Besides, I should get back to work.”

Sean hesitated and looked over his shoulder at me. “I’d be happy to join you, if you don’t mind.”

“Willa doesn’t mind. And, there’s no one in line,” Harper said, and gestured for Sean to take a seat.

I hesitated and scowled at my sister, a look that she ignored.

As if unsure what to do, Sean remained standing with a look akin to a deer caught in headlights. I hated that Harper had put him on the spot.

Carefully watching me, Sean pulled out a chair and joined us at the table.

Harper shot me a look that said I should make my move.

Yeah, right. My little sister had yet to realize I had no moves. Our mother died of a brain aneurysm when I was thirteen and in junior high, so I’d completely missed out on those carefree teen years. As best I could, I’d taken over the duties at home, cooking and cleaning for our older brother, Lucas, Harper, and my dad. As soon as Lucas had graduated from high school, he’d joined the Army. In the years that followed losing Mom, our dad had slowly fallen apart, sinking his woes in the bottom of a whiskey bottle. Five years ago, he’d gone to AA and was mostly sober these days, although he had occasional slips. He lived in a trailer park and worked as a dealer at a tribal casino just outside of town.

After Sean joined us, silence circled the table. Harper glared at me, waiting for me to lead the conversation.

I couldn’t. My mouth went dry and I stared down at my cooling coffee as if it held the answer to world peace. Rarely had I felt more awkward. Harper was a natural when it came to drawing people out. She, more than anyone else, should recognize how uncomfortable this situation made me. I couldn’t begin to imagine what she hoped this would accomplish. Already I could feel the heat warming my cheeks.

“So, Sean,” Harper said, dragging out the sentence. “You must be new in town? I don’t remember seeing you around.”

He stretched his arms out in front of him and held his coffee with both hands. He, too, seemed keenly interested in its contents. “I’ve been living in Oceanside about a year now.”

“That long?” I asked, surprised. He’d come in for coffee a time or two a few months back, but then I hadn’t seen him again until just recently. For the last week, not that I was counting or anything, he’d been in every morning. He always ordered an Americano, and every so often took a bakery item to go. Generally, he stopped by around ten, after the morning rush.

“I bought a place about a mile outside of town, off Harvest Road.”

The Andrewses were good people and their home was beautiful. I’d gone to school with their youngest daughter, Lenni, although we were never good friends. Because I was involved in caring for our family, I was unable to participate in a lot of school activities. Lenni was a class officer and a cheerleader. We didn’t exactly run with the same crowd.

“Funny I haven’t seen you around before and now you’re here,” Harper continued with enthusiasm, as if meeting him was predestined. She continued to send me encouraging looks, apparently in hopes I would pick up her line of questioning, learn all I could about him.

Sean’s gaze bounced back to me. “I travel quite a bit for work.”

“How does your wife feel about that?”

I kicked my sister under the table at her blatant attempt to find out his marital status. She couldn’t be any more obvious had she tried.

“Really? Neither is Willa.”

I nearly groaned aloud from embarrassment. “Sean,” I said, taking up the conversation, “I apologize for my sister, I . . .”