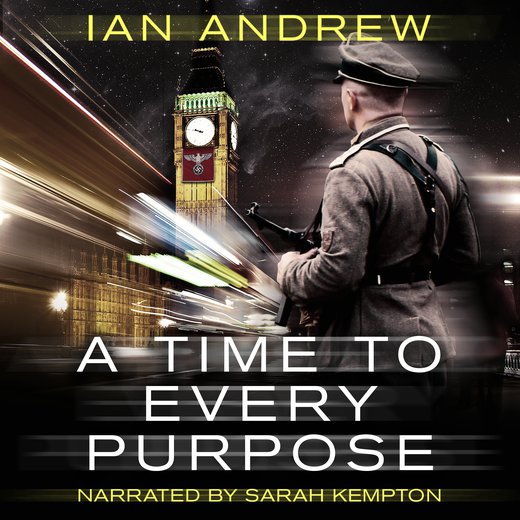 A Time To Every Purpose

London 2020 - The Greater German Reich has dominated the globe for nearly a century. Now one woman aims to break the regime and reset the world. An accidental discovery allows real time monitoring of historical events but the regime are wary of its potential effects and ban its use for anything other than Reichsführer approved criminal investigations.

But the young scientist who discovered it, Leigh Wilson, has her own secrets and is determined to use what she has found for the greater good. The only problem is, she will have to trust someone she has only just met. Someone who claims to know her family. Someone who wears the death's head insignia of the SS.

In the aftermath of the cold-blooded murder of a senior Nazi official, Leigh is forced to make a choice. Will she destroy what she loves to save what she can only imagine?

A Time to Every Purpose is a thrilling mix of science, adventure, philosophy, human frailty and action. The ultimate good versus evil, and the eternal question all humans face: Is this my time to act?