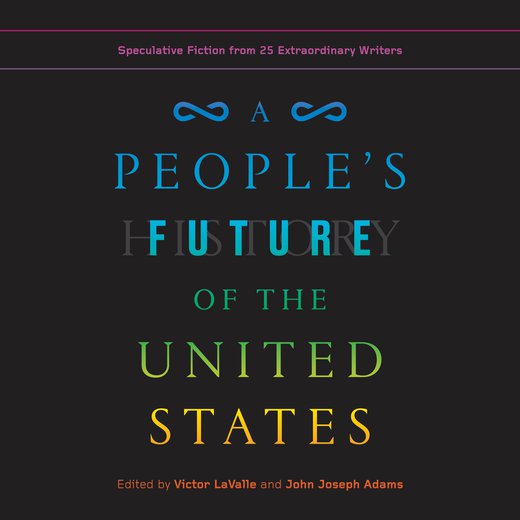 A People's Future of the United States

In these tumultuous times, in our deeply divided country, many people are angry, frightened, and hurting. Knowing that imagining a brighter tomorrow has always been an act of resistance, editors Victor LaValle and John Joseph Adams invited an extraordinarily talented group of writers to share stories that explore new forms of freedom, love, and justice. They asked for narratives that would challenge oppressive American myths, release us from the chokehold of our history, and give us new futures to believe in.

They also asked that the stories be badass.

The result is this spectacular collection of twenty-five tales that blend the dark and the light, the dystopian and the utopian. These tales are vivid with struggle and hardship—whether it's the bothered and the terrorized, or dragonriders and covert commandos—but these characters don't flee, they fight.

Thrilling, inspiring, and a sheer joy to listen to, A People's Future of the United States is a gift for anyone who believes in our power to dream a just world.