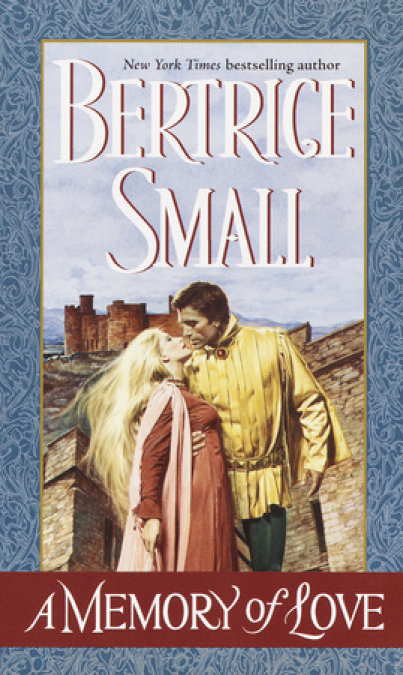 A tale of stunning passion, reckless danger, and the fierce will of a remarkable woman who can wield a sword as powerfully as any man–and who dares to fight for her most uninhibited desires. . . .

Spirited, iron-willed Rhonwyn is the bastard child of the Prince of Wales, raised more boy than girl, able to ride and fight with the best. Against her wishes, she is married off to an English lord, Edward de Beaumont, who is stunned to discover that his lovely gilt-haired bride is a fiery wildcat with a mind of her own. Slowly, he wins her trust and her heart, and she accompanies him on the Crusades to North Africa. But when Edward falls ill, Rhonwyn boldly leads his troops, only to become a captive of the sensual Emir of Cinnebar, a man who will teach her the ways of erotic love–passions that will be put to the test when she returns to England to battle once more . . . this time for the man who rules her heart. 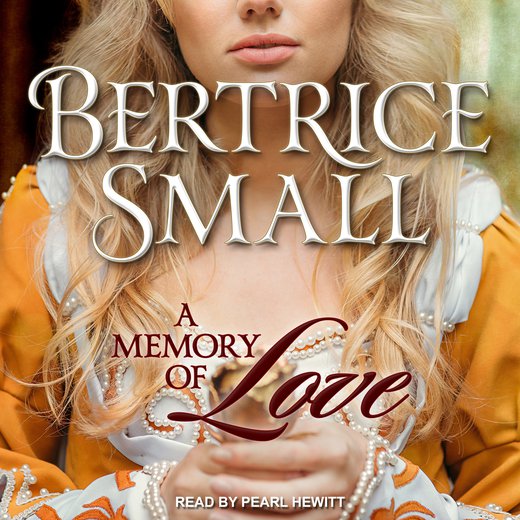 The late spring rain was heavy and chill. Some of it was seeping through
the roof where the thatch was worn. The fire had gone out the day before,
and the two children did not know how to restart it. They huddled together
to keep warm. Their mother's body lay on the bed amid a pool of blood that
was now congealed and blackening. The stench in the cottage had already
numbed their nostrils, even as the cold had numbed their fingers and toes.
The wind suddenly howled in mournful fashion, and the smaller of the two
children whimpered, pressing himself closer to his elder sister.

Rhonwyn uerch Llywelyn focused her brain again as she had these past two
days. How was she to save Glynn and herself from certain death? Their mama
was dead, birthing the prince's latest child. Their cottage was isolated
from any village, for decent women would not tolerate the prince's whore
and his bastards. The old crone who had helped Vala in her two previous
births had not been there this time, because this time the child had come
too soon. Much too soon.

They needed to be warm, Rhonwyn thought sleepily. How did one start a
fire? If only it would cease raining. Perhaps they could walk and find
another cottage or village--but whatever a village was for she didn't
really know, having never left the hill on which she had lived her whole
five years. Rhonwyn hugged her three-year-old brother tighter against her
when he whimpered again.

"Hungry," he complained to her.

"There is nothing left, Glynn," she repeated for the tenth time. "When the
rain stops we will go and find food. If we leave the cottage now, we will
surely die." They were apt to die in any event, Rhonwyn thought irritably.
If she could only start a fire to warm them, the gnawing in their bellies
might not seem so fierce. She hadn't meant for the fire to go out, but
when her mam began screaming with her pain, Rhonwyn had taken her brother
from their cottage so he would not be frightened. They had gone out on the
hillside to pick flowers for the new baby. But when they had returned
their mother was dead, and the fire was out. Not even a lingering coal
remained that Rhonwyn might coax into a warm flame as she had often seen
her mother do. Then the rain had begun. It had rained all night and into this day, which was al-most over.

Suddenly Rhonwyn's ears pricked up at the sound of dogs baying in the
distance. The noise grew closer and closer until it was directly outside.

The door to the cottage was slammed open, and Llywelyn ap Gruffydd was
outlined in the fading light of day. He stepped quickly inside, his eyes
sweeping about the room. Seeing his children huddled together on their
pallet, he asked them, "What has happened here?"

"Why wasn't the midwife here?" he demanded.

"Who was to send for her? And where is she? Mam was screaming and
screaming. I took Glynn and went outside. When we returned Mam was dead.

There was no fire. No food. I didn't know what to do. I didn't know where
to go, or I would have gone. Our mam is dead, and you and your rutting
have killed her! She would not have died but that you put another baby in
her belly."

Startled at the venom in the child's voice, he looked down at her, seeing
his daughter for the first time. It was like looking into a glass but for
her coloring, which was Vala's. She didn't like him, he knew. Her green
eyes glared angrily into his. He would have laughed but for the
seriousness of the situation. Rhonwyn was certainly his get and every bit
as intense with her anger as he was.

"I'll make a fire," he replied. "Go outside and look in my saddlebag.

There is food in it. Do not mind the dogs." He turned away from her and
began to prepare a new fire. Seeing his small son staring at him, half
fearful, half curious, he said, "Come here, lad, and I will show you how
to make a fire so you will never be cold again."

The little boy crept from the pallet and came to stand by his father,
watching fascinated as ap Gruffydd gathered a bit of kindling together and
drew a flint from his purse. Using the blade of his knife, the prince
stroked the flint until it sparked, and the kindling caught light. Glynn's
eyes were wide with amazement, and the prince smiled, reaching out to
ruffle the boy's dark hair. Ap Gruffydd added wood to the fire until it
was blazing merrily, and the chill began to dissipate.

The man stood and handed the flint to his son. " 'Tis yours, Glynn ap
Llywelyn. Now you know how to make a fire, but only in the fireplace for
now, eh, lad?"

"Aye, Tad" came the reply, and the prince smiled again. It was the first
time the child had called him father.

"She did not lie, God assoil her sweet soul." Now the prince's attention
was drawn back to his dead lover. She must be buried, although no priest
would say the proper words over her. It didn't matter. God would have Vala
uerch Huw because she was a good woman. He would not condemn her to a
fiery hell because she had been Llywelyn ap Gruffydd's leman. He wished
now he had married her, even though she had had neither wealth nor
powerful family ties to recommend her. At least his children would have
been legitimate. Well, he would formally acknowledge them. That would
please Vala. He should begin to consider marriage, he thought. He was well
past thirty and had nought but his two wee bastards to carry on his name.

Rhonwyn had reentered the cottage. She took bread and cheese, making small
pieces for her little brother. Seeing the flint, she said, "What's that?"
She picked it up and rolled the quartz in her hand gently.

"Give it back!" Glynn shouted at her. "Our tad gave it to me. It makes
fire."

Rhonwyn shrugged and handed him back his prize.

"Was the baby born?" ap Gruffydd asked his daughter.

She shrugged. "I don't know," she replied, shoving bread and cheese into
her mouth. "I didn't look."

He nodded, understanding. He would have to look. "Has the rain stopped
yet, Rhonwyn?"

"Put it where she can see the sunset," the little girl said. "Mam always
liked to watch the sunset."

He nodded and went outside. Taking the shovel from the side of the cottage
nearest Vala's garden, he sought for a westerly direction. The storm had
gone, and the skies were clearing now. Finding the right spot, he began to
dig. What was he to do with his children? he considered as he worked.

While there was a truce between him and the English for now, there was
still no place he really called home. Besides, it would be far better if
as few people as possible knew of these two little ones. Even bastards had
their relevance. They could be exploited by his enemies or used to cement
treaties. Particularly as he had no other children. He had been faithful
to Vala, for he had little time for his own amusement. Besides, there had
never been a woman who pleased him like this descendant of the Fair Folk
had.